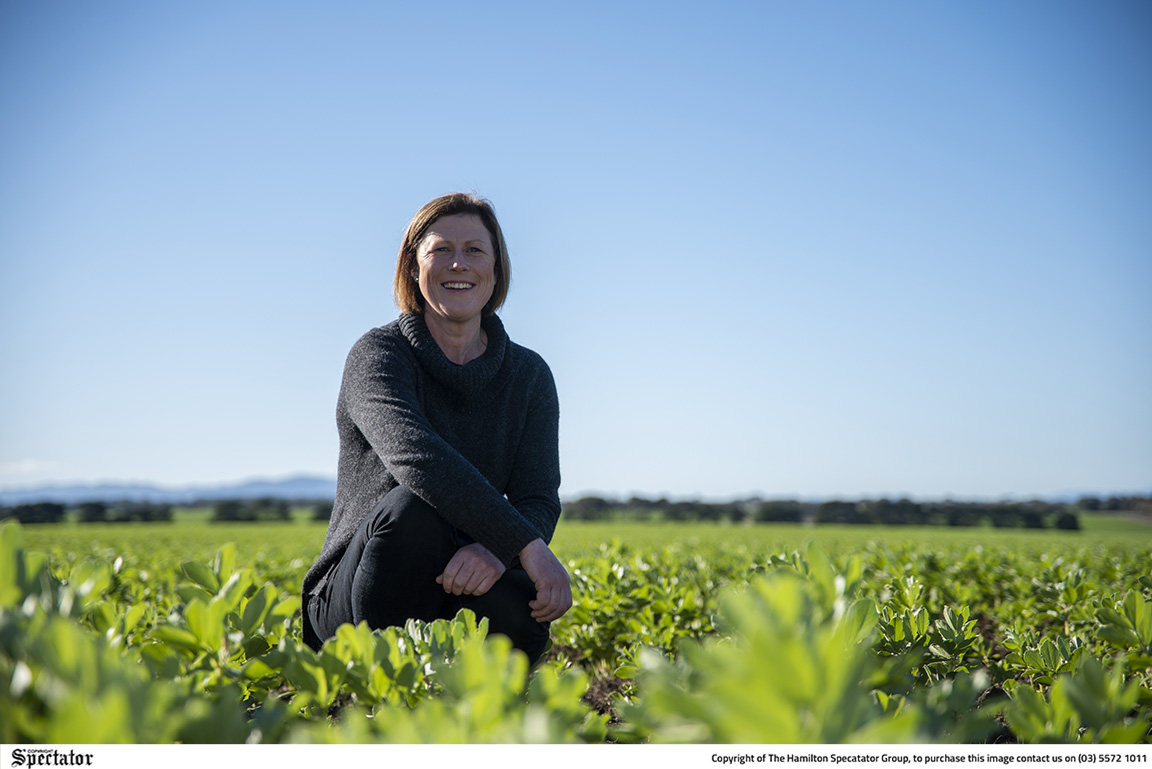 KATHRYN Robertson is this year’s Rural Community Leader of the Year. The Strathkellar local received the accolade at Parliament House in Canberra on Thursday as part of the 2020-21 Australian Farmer of the Year Awards. Photo: LAUREN HAY.
By Mark Rabich

A PRESTIGIOUS national honour was awarded on Thursday to a well-known local community leader at the 2020-21 Australian Farmer of the Year Awards in Canberra.

Strathkellar livestock veterinarian, Kathryn Robertson, was at Parliament House to receive the award for ‘Rural Community Leader of the Year’ and yesterday morning spoke of her own reaction and those of family and friends.

Nominated last year by a friend and colleague, Kathryn’s farming and leadership work covers a wide range of roles and in presenting the accolade, her “incredible impact on the local community” was recognised.

Along with her father, Kathryn works at her family’s mixed farming enterprise near Hamilton covering “prime lamb, cropping – canola, wheat and beans and angus cows as well” and also runs her own mobile sheep and cattle vet business.