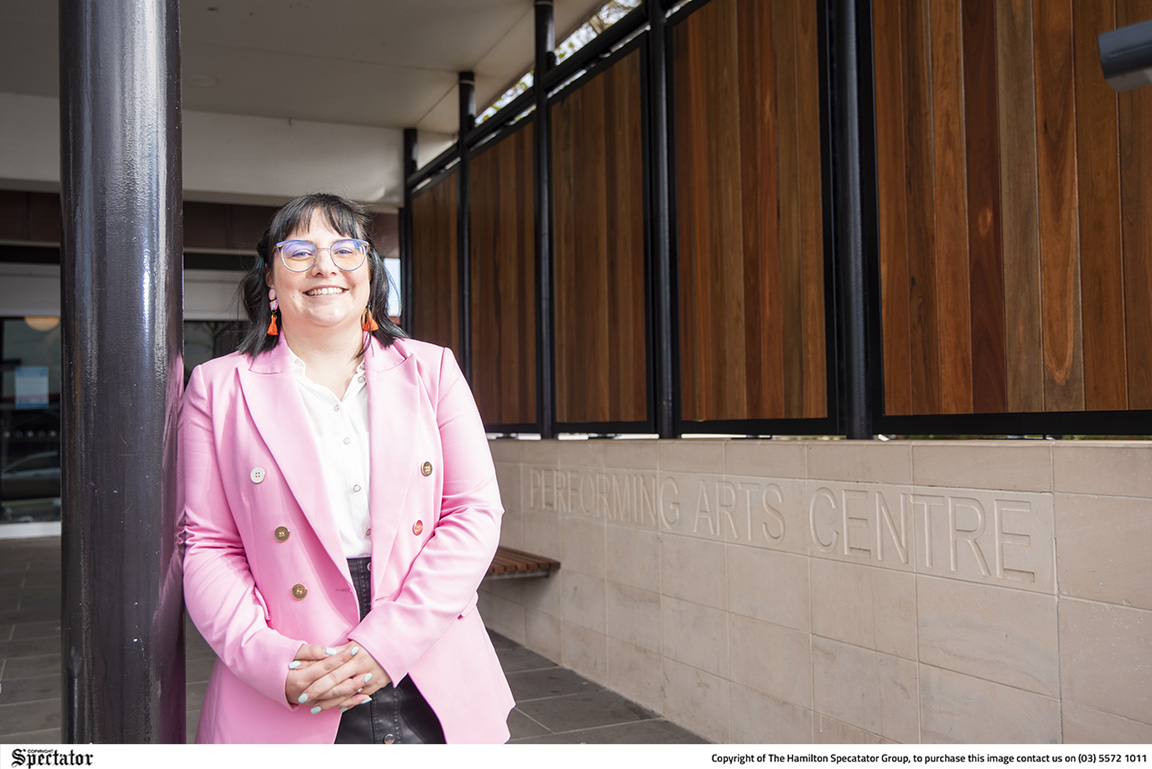 THE Hamilton Performing Arts Centre has a new manager. Melissa Forlano is excited to take over the role and can’t wait to start welcoming the community to many upcoming events to be held at the recently renovated building. Photo: LAUREN HAY.
By Campbell Kirwan

Ms Forlano brings experience from the Wellington Shire Council where she was the performing arts director and coordinator of theatre administration at the Wedge Performing Arts Centre in Sale, Victoria.

After studying a Bachelor of Arts, Music Industry at RMIT University, Melissa entertained an opera singing career while interning and later working in several different roles at Opera Australia.

But moving to the Gippsland region took away the fear of on-camera nerves and brought her back into management and administration after progressing from a front of house box office role to the director.

“You might still find me trying to get into a chorus, but I'll be in the background – I'm really too nervous for leading lady parts,” Ms Forlano said.

“So, I kind of decided, no, I actually don't think that life of performing is really for me.