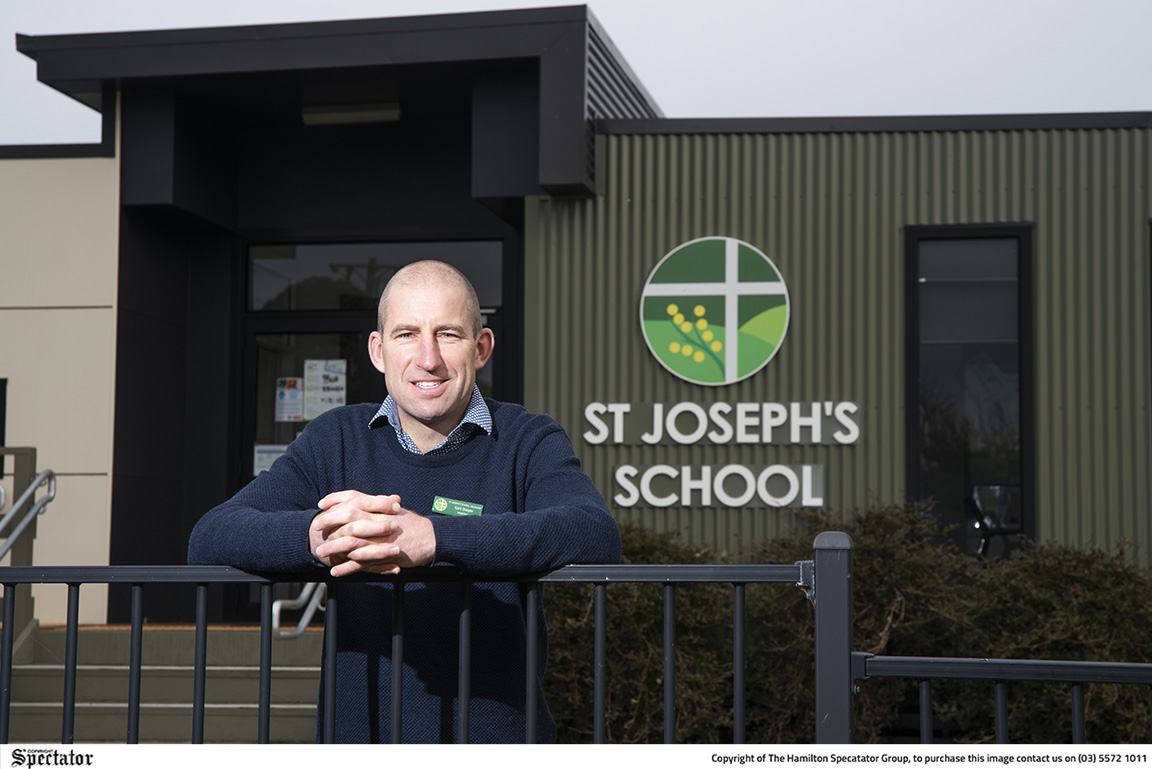 KARL Dwyer started his new role as St Joseph’s Coleraine principal at the start of this year. Photo: LAUREN HAY.
By Mitch Lang

ST Joseph’s Coleraine has seen a new role model join its ranks this year with Karl Dwyer stepping into the school’s principal role at the beginning of term one.

Formerly of Warrnambool, Mr Dwyer said returning to a rural community was something both he and his wife, Emily, had planned.