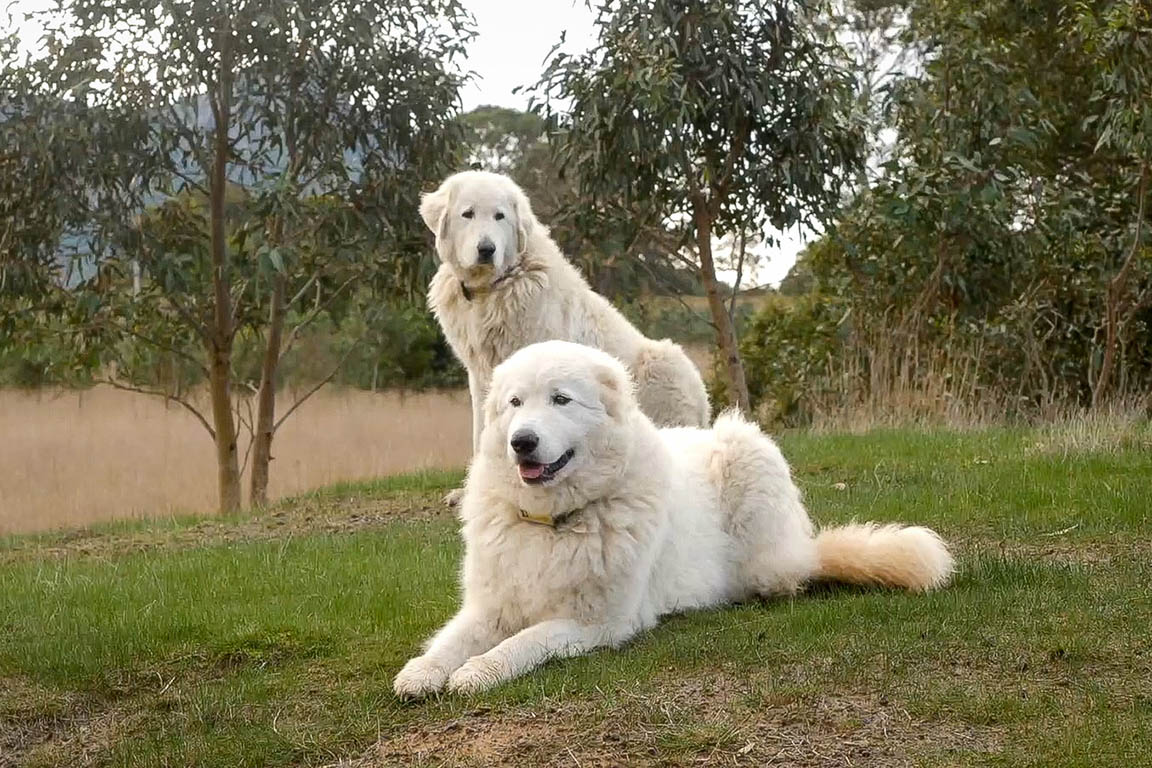 MAREMMAS, Terzo and Wednesday have been tasked with keeping a group of 20 eastern barred bandicoots safe from predators after they were released into a conservation reserve in Dunkeld. Photo: ZOOS VICTORIA.
By Mitch Lang

TWENTY endangered marsupials have been re-established in Dunkeld, with a group of eastern barred bandicoots released into a conservation reserve with some special eyes keeping watch over them.