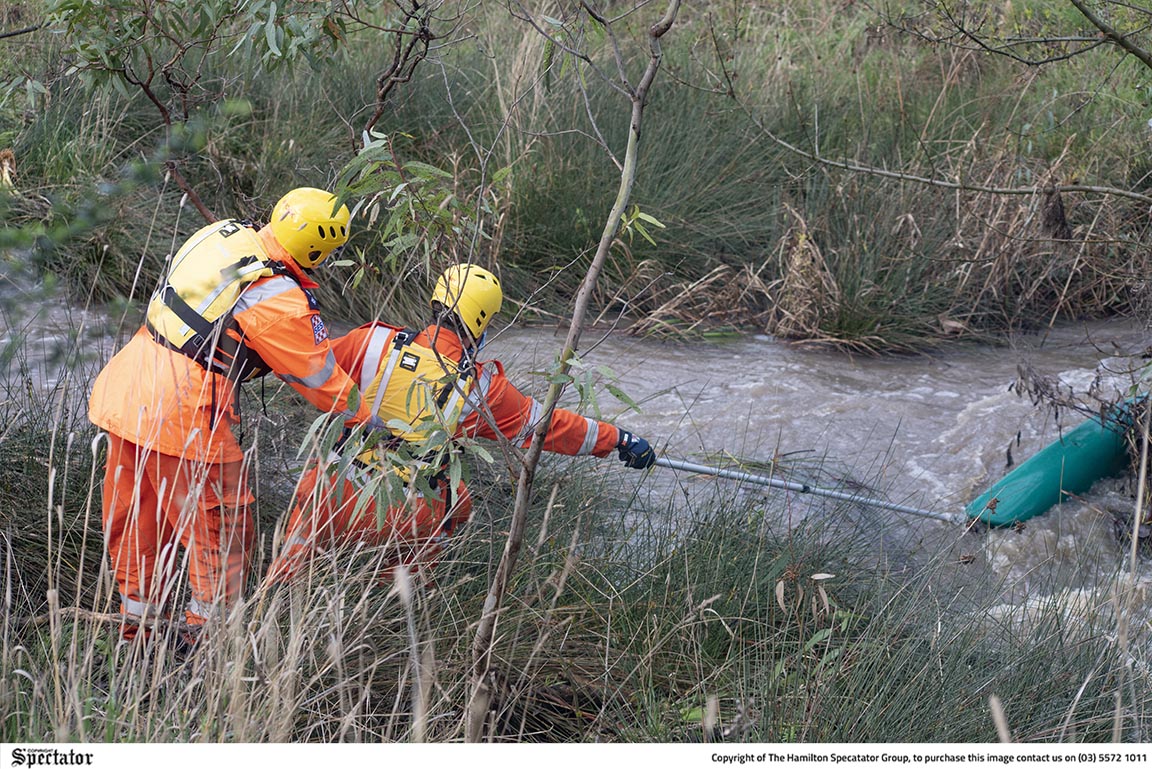 A CAPSIZED kayak spotted in the Grange Burn on Saturday afternoon sparked fears of a potential drowning, before Hamilton SES unit members and police officers were able to locate and return the missing kayak to its owner. Photo: TASH FRANKO.
By Campbell Kirwan

THERE were fears someone may have drowned on Saturday afternoon after a capsized kayak was found floating in the Grange Burn with just a t-shirt inside it.

The Hamilton State Emergency Service (SES) unit and members of the Hamilton Police were called out to the river area near Apex Park at 1.40pm on Saturday to inspect the kayak after a member of the community reported seeing it caught in trees.