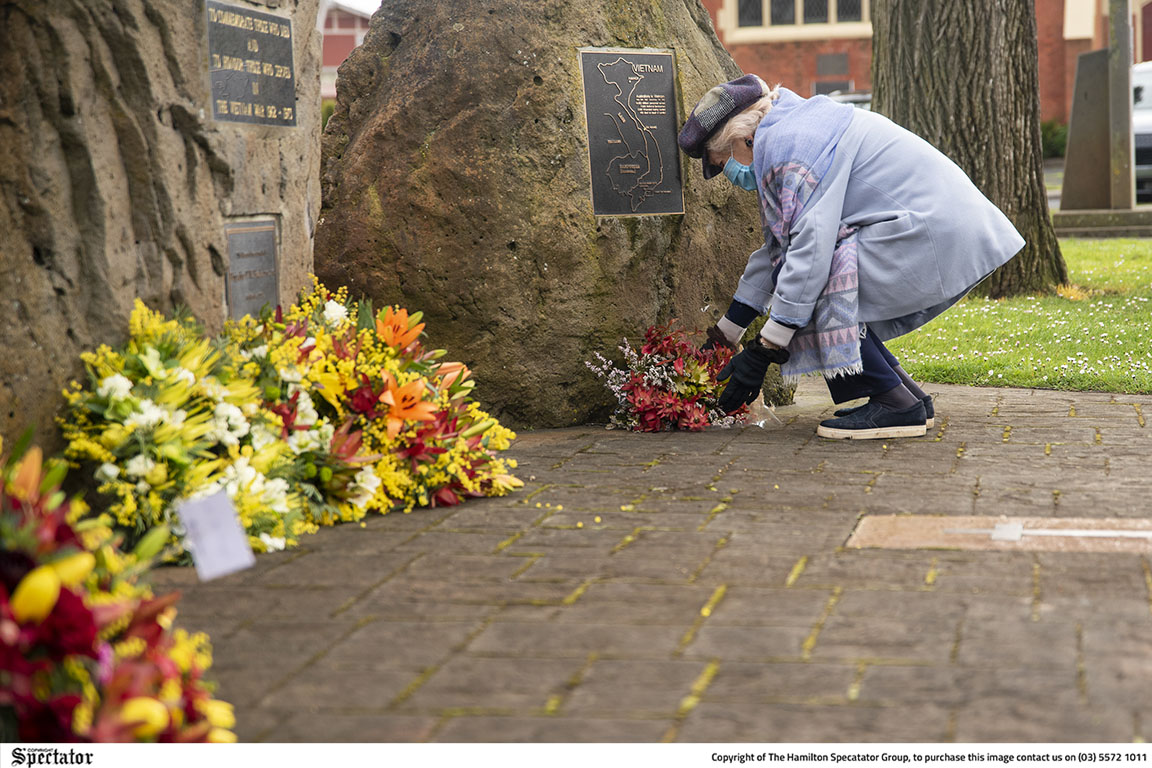 VIETNAM Veterans Day has a special meaning for Lesley Hobbs. She was one of many Hamilton residents to attend the annual remembrance service at the Vietnam Veterans Memorial on Wednesday and laid a wreath on behalf of her brother, Flight Lieutenant Cliff Dohle, who was one of Australia’s most distinguished helicopter pilots during the Vietnam War. Photo: LAUREN HAY.
By Mitch Lang

A significant part of the Vietnam War, the battle of Long Tan took place on August 18, 1966, marking the day of remembrance for Vietnam veterans.