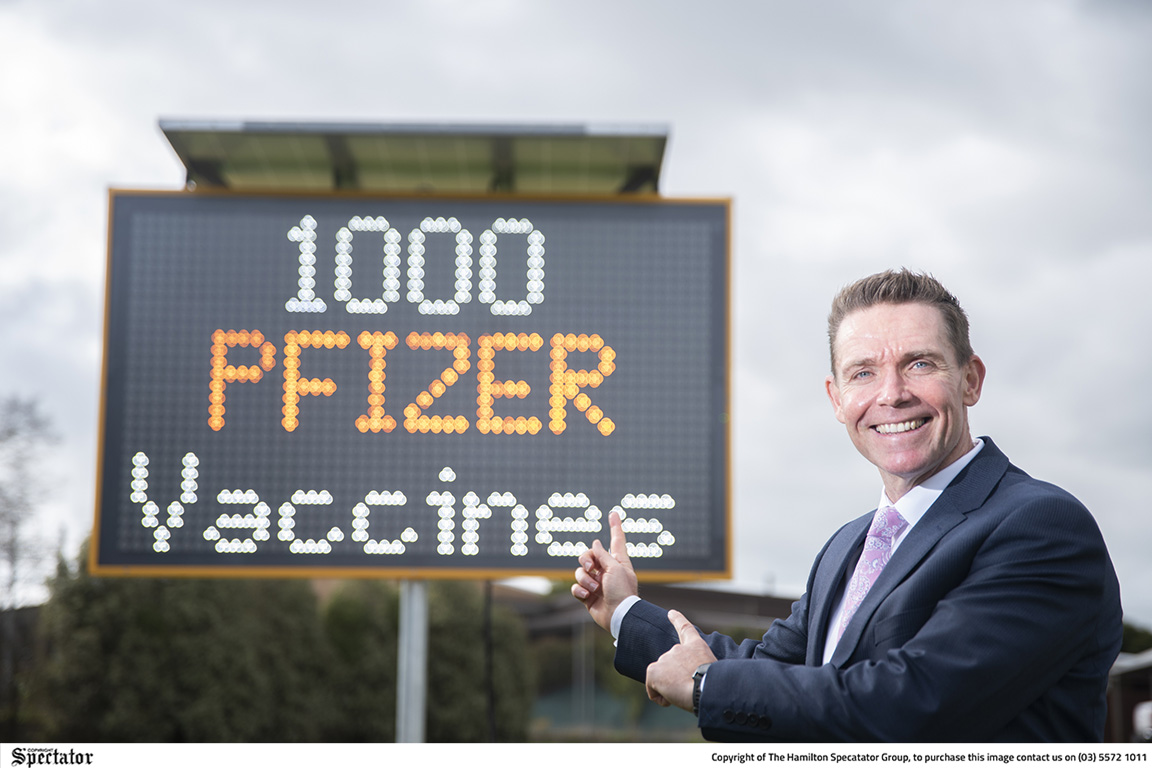 WESTERN District Health Service chief executive, Rohan Fitzgerald is urging everyone who is eligible to book in for a jab, with the health service set to receive an extra 1000 Pfizer and 400 AstraZeneca doses next week – its largest allocation to date. Photo: LAUREN HAY.
By Mitch Lang

The 1400 doses, which also include 400 AstraZeneca doses, are WDHS’ largest weekly distribution yet and the health service is encouraging Southern Grampians Shire residents to book in for a jab.

WDHS chief executive, Rohan Fitzgerald has encouraged anyone who hasn’t yet had their shot to make the most of increased doses in the region.