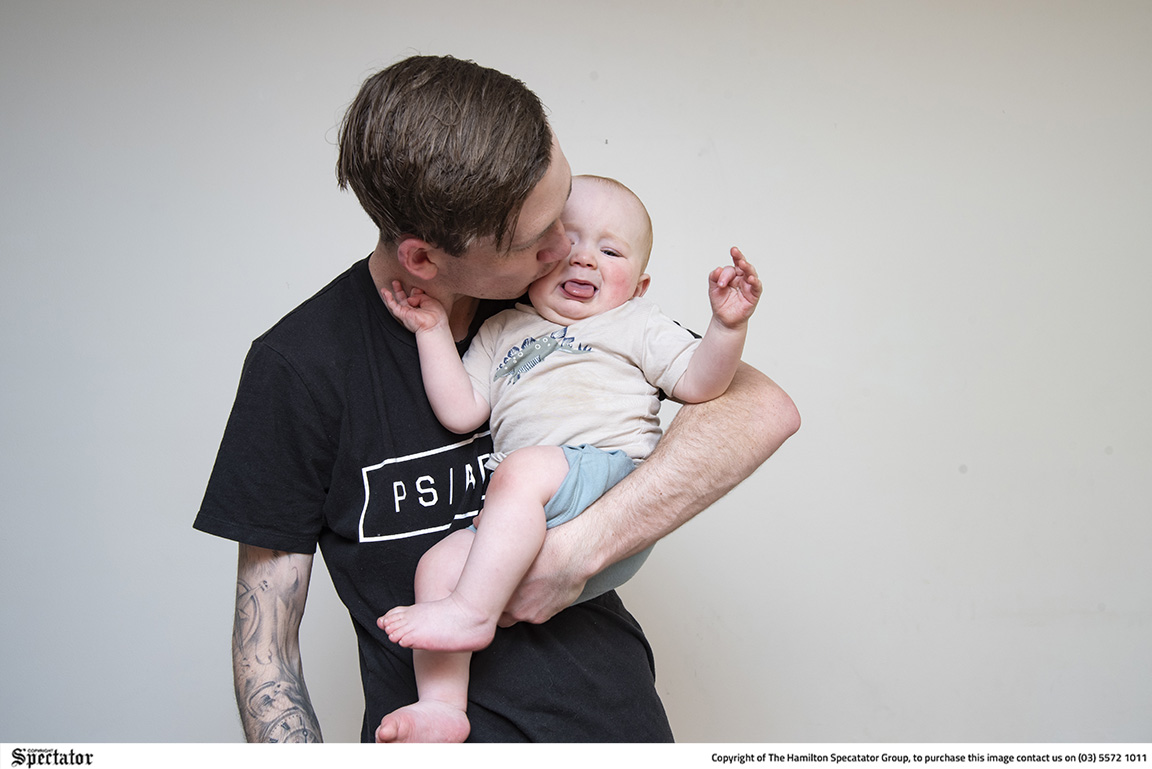 TOMORROW Sean Young will celebrate his first Father’s Day with his nine-month-old son, Hudson, who has been a shining light during tough times throughout the COVID-19 pandemic. PHOTO: Tash Franko
By Mitch Lang

TODAY Sean Young will celebrate his first Father’s Day with his nine-month-old son, Hudson, who has been a shining light during tough times throughout the COVID-19 pandemic.

A new business owner, Sean has faced difficult times trying to operate through the ever-changing situation with lockdowns, while balancing the requirements of being a parent.

The 23-year-old didn’t expect to take on the challenge of fatherhood so young but has loved every second he has spent with his son.

“Fatherhood has been amazing,” he told The Spectator.

“I never thought I’d have a kid at this age but one thing’s for sure, I’d never change a thing.

“It has been the best year of my life even though we have pretty much been in a pandemic the entire time.”

Being the youngest member of his family, Sean said he didn’t really know what to expect, having never been around little kids before.

While it was a daunting task at first, he has settled in and celebrated many big milestones along the way.

“I’m the youngest in my family and haven’t really been brought up around young kids so I was kind of scared because I didn’t know what to expect,” Sean said.

“I don’t really have a best moment with Hudson because every day is a blessing and he’s doing new things by the minute and growing so fast.

“He has pretty much skipped the crawling stage and wants to walk.

“Just recently he’s started clapping, he high fives, waves goodbye, says ‘dad’, almost says ‘mum’ and is very cheeky, especially when he knows he’s done something wrong he gives you that grin and shakes his head.”

If being a new dad wasn’t a challenge in itself, Sean is also facing the pandemic head on as a café owner.

On any given day he isn’t sure whether the doors will be open tomorrow, but he knows the challenge wouldn’t be possible without a supportive network at home.

“With this pandemic going on and being a café owner, anything can happen that day or the next, you’re pretty much going into each day blind,” Sean said.

“It’s been pretty damn hard if I’m honest, and sometimes I feel like I’m failing but I’m so grateful to have the most beautiful and supportive girlfriend that picks up the slack and does pretty much everything while I’m here at the shop.

“I’ve been lucky enough to still work which I’m grateful for, and the staff adore Hudson so he’s spent a lot of time helping me in the café.”

It is a unique world to bring a kid into, but it has offered Sean an outlet and one he will get to celebrate tomorrow on Father’s Day.