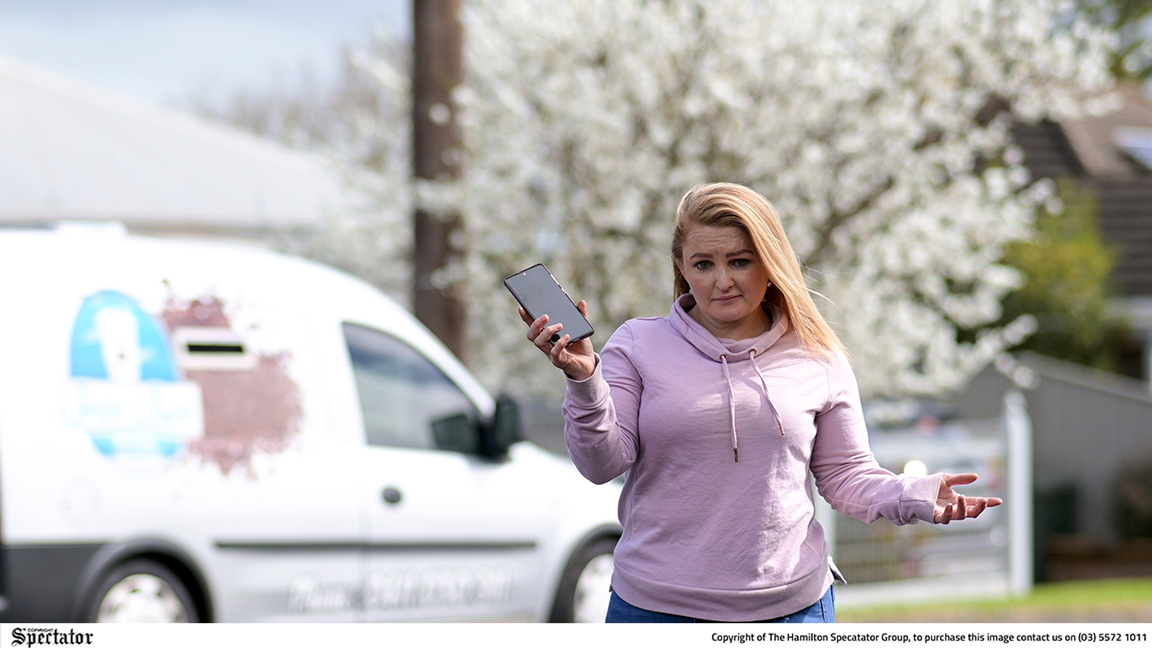 STRUGGLING with little or no mobile service in Carmichael St, Hamilton is Java Jive owner, Nat Kalms. Ms Kalms is not the only person in the region to report issues with connectivity, with residents encouraged to share their feedback with the State Government through its Connecting Victoria survey this week. Photo: LAUREN HAY.
By Mark Rabich

RESIDENTS in the south-west have been reminded by Rural Councils Victoria to report on their connectivity issues, with an online survey closing soon.

In June, the State Government announced the survey as part of its $550 million Connecting Victoria program, asking Victorians to identify where mobile and broadband are most needed.

“Communities only have until September 20 to have their say on mobile and broadband problems across the state,” Rural Councils Victoria (RCV) chairwoman and Southern Grampians Shire councillor, Mary-Ann Brown said.