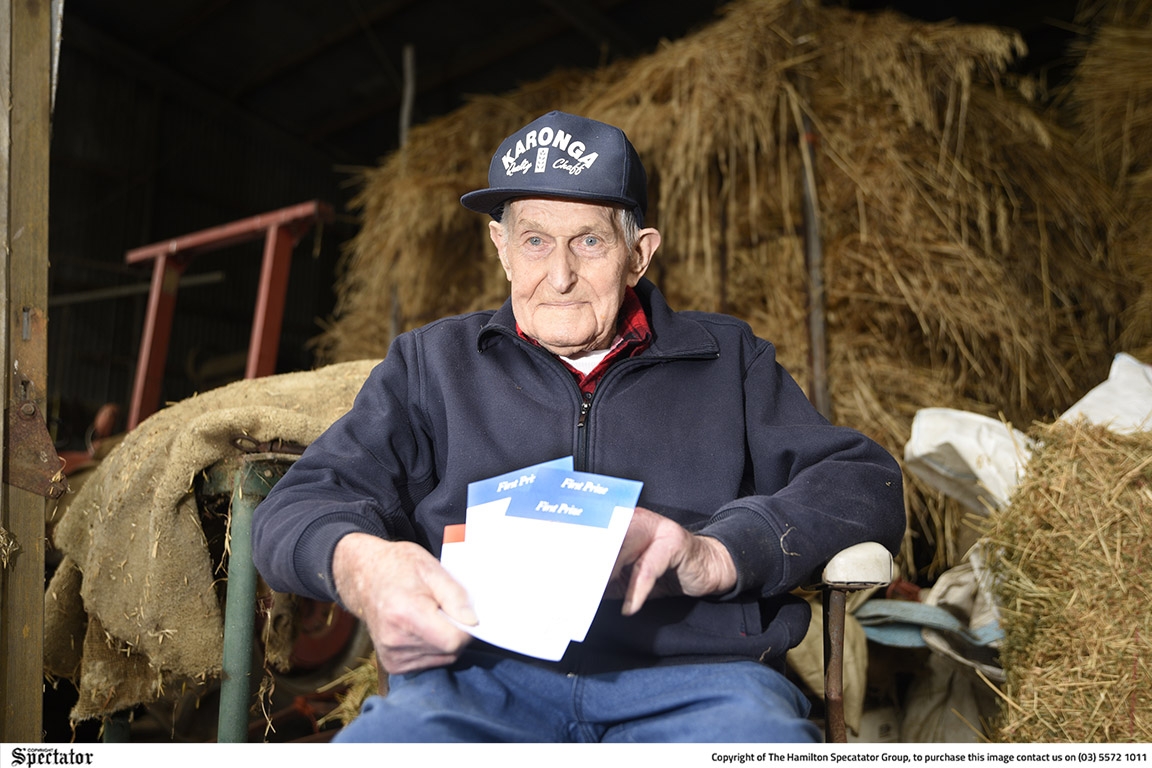 BYADUK farmer, Ivan Mirtschin holds his latest set of prize certificates for growing hay, this time from the 2021 Royal Adelaide Show. Operating on the Karonga property since 1953, his experience over his 93 years of life is being rewarded despite him calling it just “a hobby”. Photo: LAUREN HAY.
By Mark Rabich

A BYADUK farmer in his nineties has walked away with three first prizes and one second prize in the fodder classes section of the 2021 Royal Adelaide Show.

On his farm around 30 kilometres south of Hamilton, Ivan Mirtschin, 93, has been growing his prize lucerne for decades and said there was “no secret” to the output of his 1000 acres at Karonga – just a commitment to applying his many years of experience.