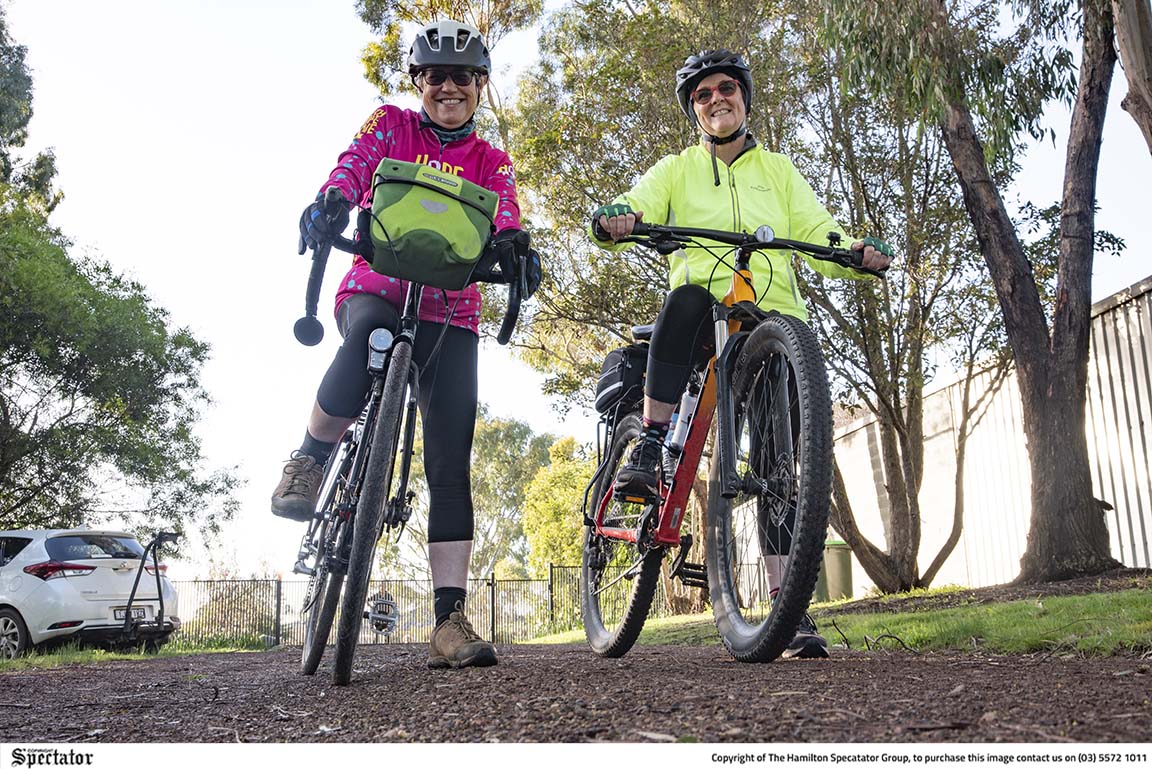 BRANXHOLME’S Hillary King and Hamilton’s Sue Brumby are looking forward to the shortened Great Victorian Bike Ride, called the Little Vic, early next year after the regular November ride had to be postponed. Photo: TASH FRANKO.
By Blair Burns

DUE to the ongoing COVID-19 pandemic, the call has been made to reschedule the Great Vic Bike Ride which was due to visit the region for next year.

The 2021 Great Vic Bike Ride was meant to go ahead in late November, but it was announced recently the ride would instead be rescheduled March 31-April 3 next year.

The four-day event sees riders come from all over to travel together through the Grampians witnessing the beautiful area and camping at different spots along the way.

The ride, which is hosted by Bicycle Network, has now been rebranded as ‘The Little Vic” and was originally set to run from November 27-December 5.