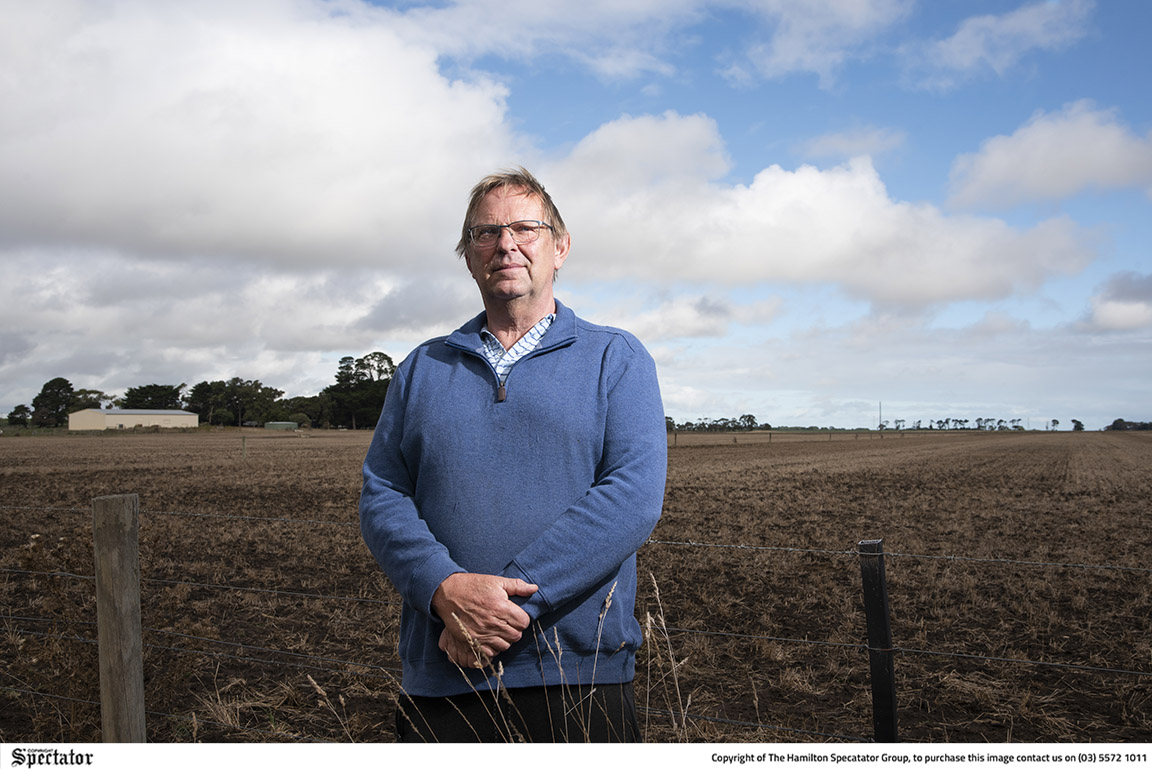 HOPING an appeal to the Supreme Court will overturn a decision to allow a permit extension for the local wind farm development is The People of the Small Town of Hawkesdale Incorporated president, John Bos. Photo: LAUREN HAY.
By Mark Rabich

A GROUP of residents fighting a wind farm development near Hawkesdale have vowed to fight a court decision in August that went against it.

The People of the Small Town of Hawkesdale Incorporated president, John Bos said the group’s legal advice had told him the decision was not correct and should be appealed.

“Not long after the court decision was made by the by the judge, the QC on our side said, ‘you've got to appeal this - this is just wrong, the decision is incorrect’,” he said.

“(We) mulled it over for a while, and the group got together and we all made the decision to see what was the logic behind it.