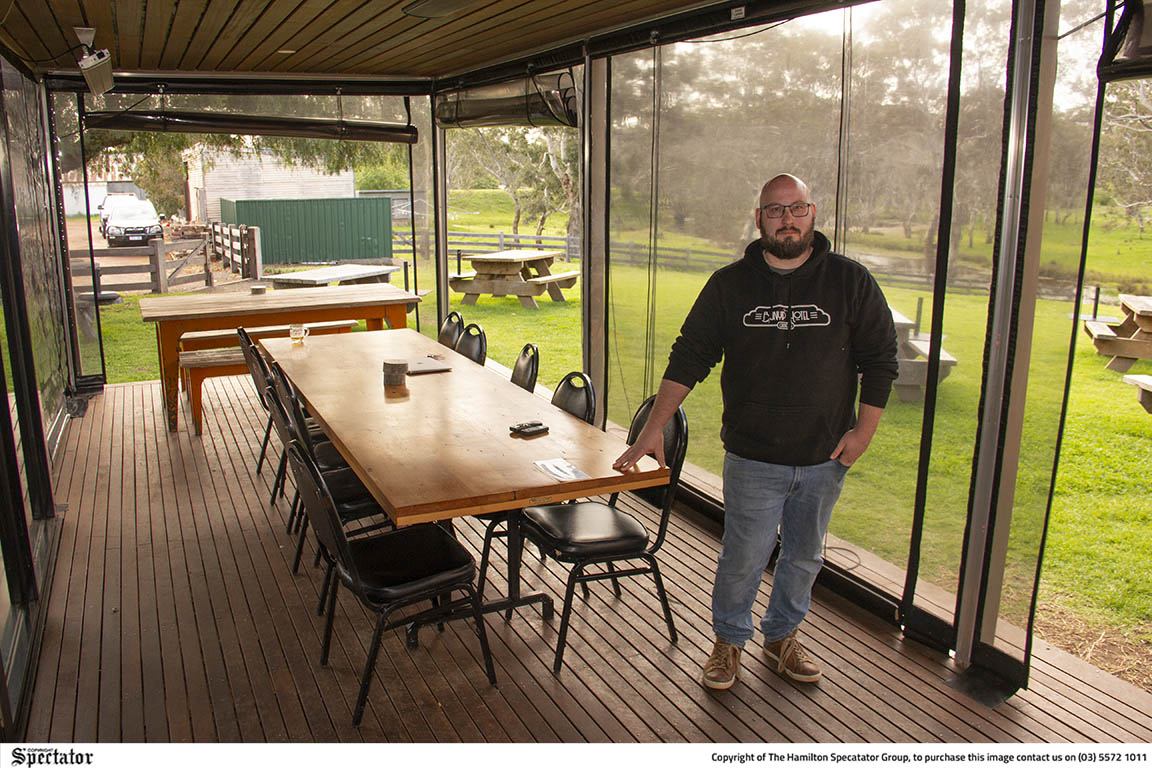 DECKING at the rear of the dining area of the Bunyip Hotel Cavendish was deemed ‘indoor dining’ earlier this week by the Victorian Commission for Gambling and Liquor Regulation and owner, Matt Nettleton said the decision made operating the venue unviable until restrictions ease or weather improved. Photo: MARK RABICH.
By Mark Rabich

THE iconic Bunyip Hotel in Cavendish has had to close its doors until dining restrictions were eased due to a ruling that declared a covered deck at the rear of the building was an indoor space.

Owner, Matt Nettleton said the decision meant he would have had to further limit numbers of people who could dine in-person and this made running the business unviable for the time being.