Man in custody over suspicious fire 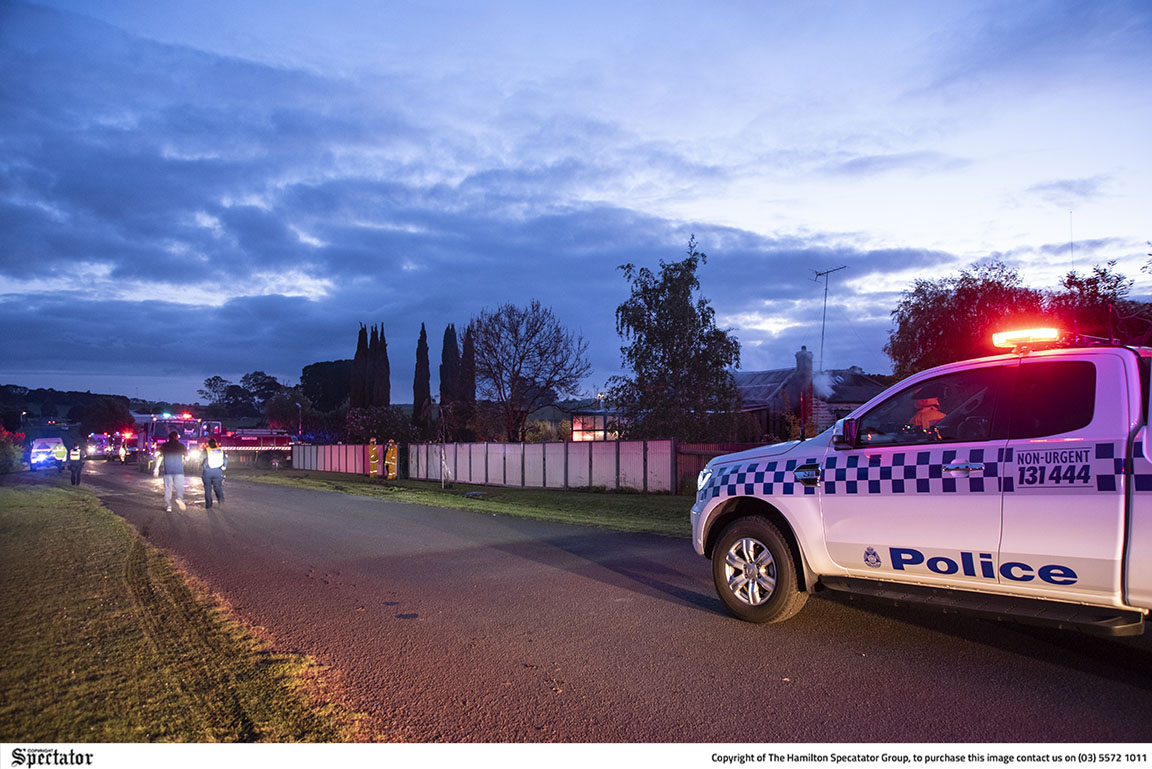 A MAN is in custody in hospital following a fire in Macarthur on Thursday evening. CFA crews attended and the fire took over an hour to bring under control. Photo: TASH FRANKO.
By Mark Rabich

A FIRE engulfed a weatherboard cottage house in Ardonachie St, Macarthur on Thursday evening in circumstances that police have deemed as “suspicious”, with a man in custody in relation to the incident.

The alarm was raised at 7.15pm with several CFA crews from the area attending, taking over an hour to bring the fire under control.

A local who did not wish to be named said the fire “looked like it come from the centre of the house”.