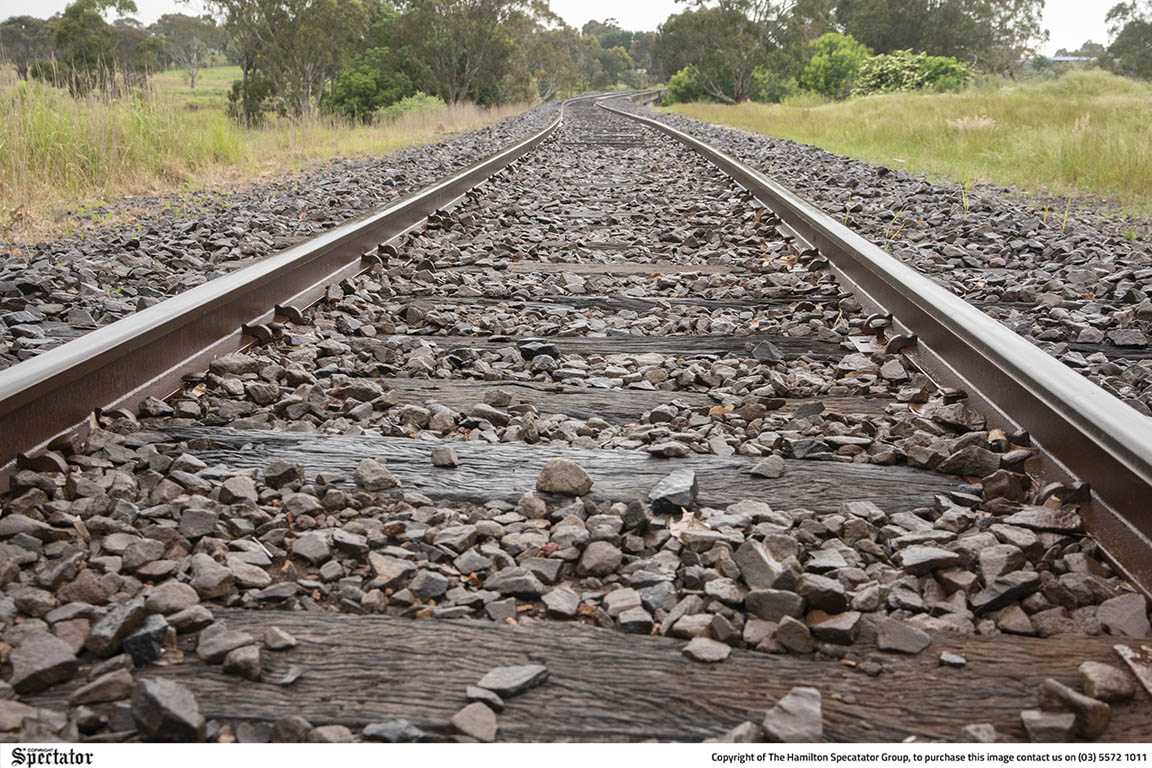 CONSIDERABLE vacillations exist on the 170 kilometres of the freight rail track between Maroona and Portland, evidencing its poor condition, which has forced the train speed limit to be recently halved to 40 kilometres per hour. The downgrade of the line running through Hamilton will likely put more trucks on the Henty Highway and subsequently increase wear-and-tear on the road’s surface. Photo: LAUREN HAY.
By Mark Rabich

MORE trucks could be rumbling down the Henty Highway from Horsham through Cavendish and Hamilton to Portland, as it was recently revealed the Maroona-Portland rail line has had its speed limit downgraded from 80 kilometres an hour to just 40km/h.

Western Victoria MP, Bev MacArthur has criticised the recent halving of the speed limit on the freight rail line that runs through Hamilton as a “troubling” development for the region.