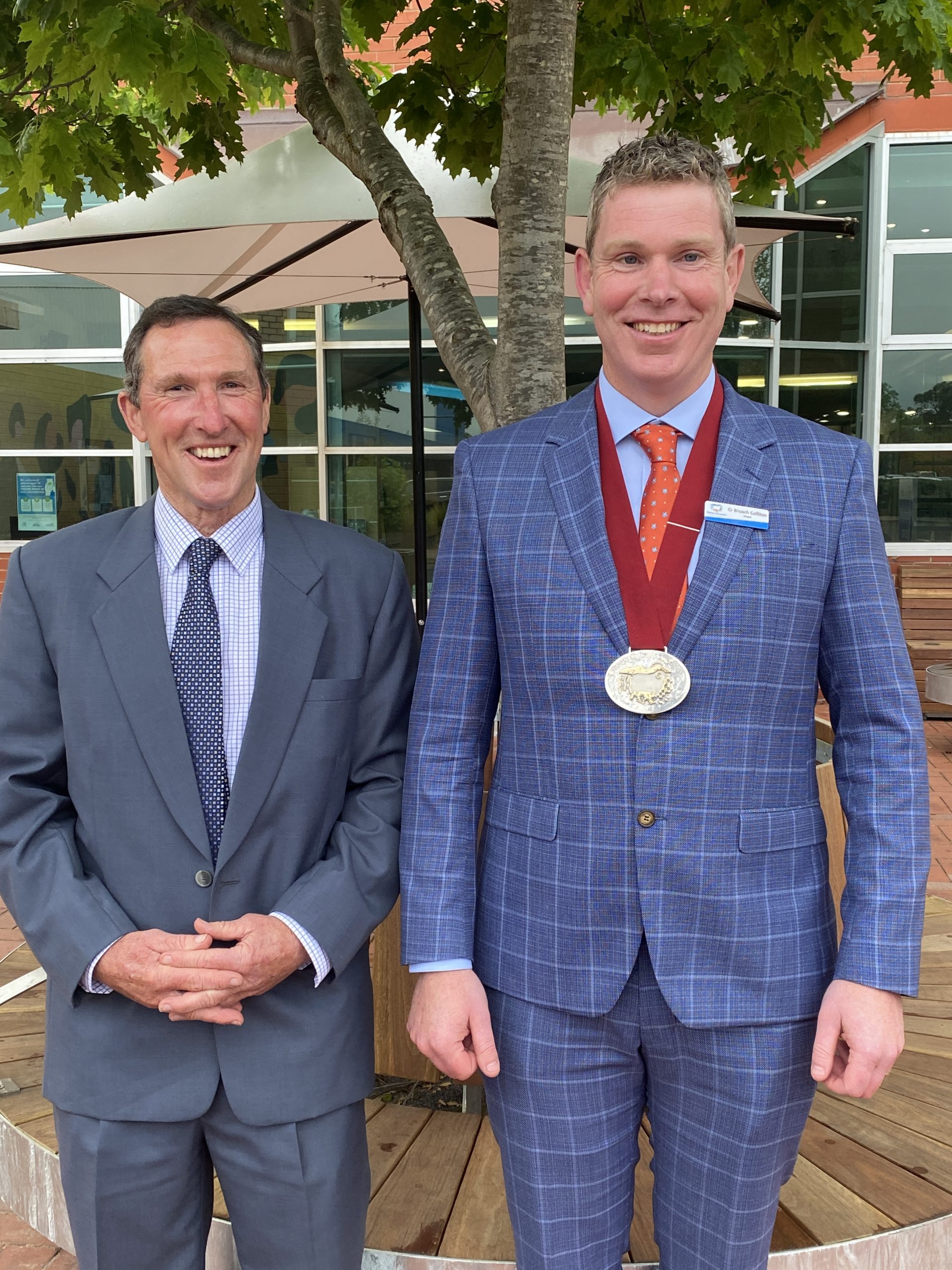 RE-ELECTED to serve as deputy mayor and mayor respectively for the next 12 months are Cr David Robertson and Cr Bruach Colliton. Photo: SUPPLIED.
By Mark Rabich

AT a statutory Southern Grampians Shire Council meeting on Wednesday afternoon, both mayor, Bruach Collition and deputy mayor, David Robertson were re-elected to their respective positions for another year.

The meeting was initially run by interim chief executive, Tony Doyle and with Cr Colliton running unopposed, the outcome was a formality and within a few minutes he was presented with the mayoral pendant and gavel. “The pendant symbolises the contributions of mayors over time, the common good of our citizens and recognises you as our shire’s first citizen,” Mr Doyle said.