Cutting hair off for charity 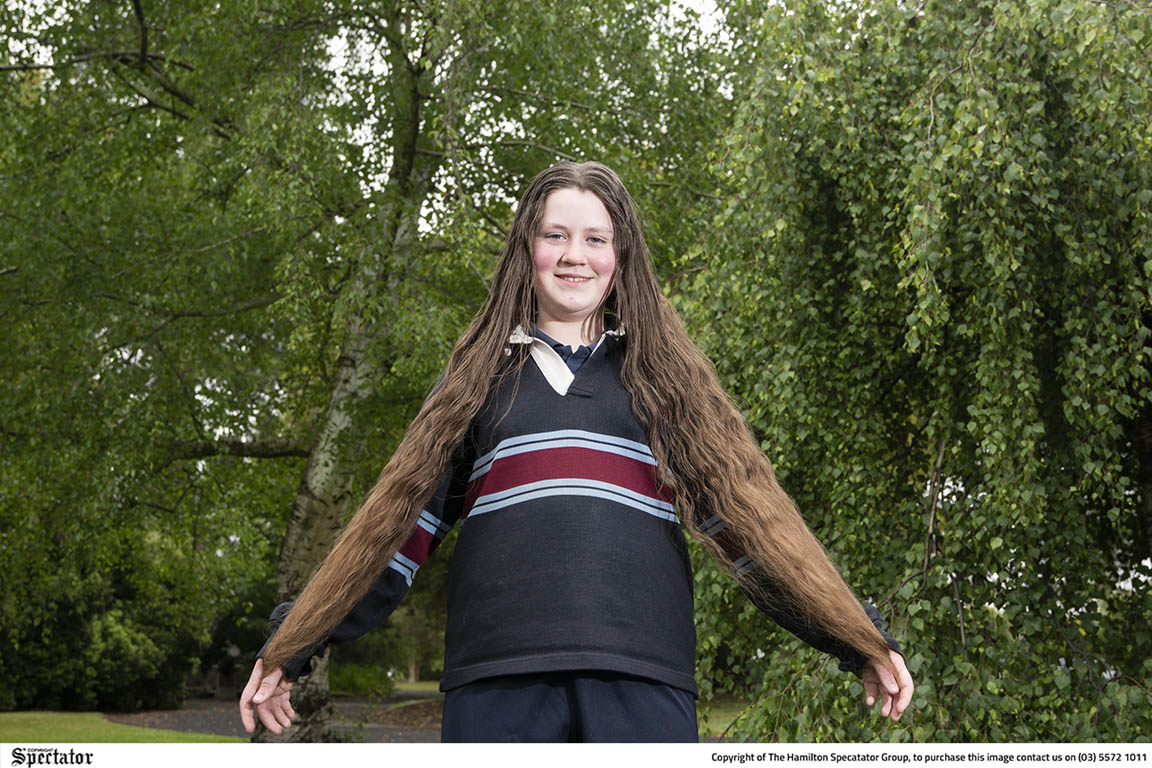 10-YEAR-OLD Abi Pederick-Stewart will feel much lighter at the end of the month when she cuts her hair, which is currently down to her thighs. Her hair will be donated to Variety – the Children’s Charity, where it will be made into a wig for a child that has lost their hair due to a medical condition. See story page 9. Photo: LAUREN HAY.
By Samantha McCombe

VARIETY – the Children’s Charity will receive a local donation at the end of the month when 10-year-old Coleraine girl Abi Pederick-Stewart cuts and donates her hair so it can be made into a wig.

Abi’s hair, which has only ever had the ends trimmed, is currently down to her thighs, measuring two feet long when plaited.
Abi plans to cut her hair to shoulder length later this month and donate her plaits to the children’s charity, where it will be turned into a wig for someone who has lost their hair due to a medical condition, such as alopecia.
Abi’s mother, Amanda Pederick told The Spectator last Wednesday it was Abi’s decision to donate her locks to the cause and they had already met their fundraising goal.
“We had a target of $1000 and we reached $1061 (by last Tuesday),” she said.
“My ideal goal would be to get to the $3000 mark, so we’ve contributed really well to the cause.”
Ms Pederick said she only created the fundraising page in the last week of October and was overwhelmed with the community’s generosity.
“If we can raise $1000 in a week and can keep that rolling, I would absolutely love to fully pay for one kid’s wig,” she said.
“The cost of a wig can be up to $6000 so kids who have alopecia and other conditions will benefit from donations.”
“Every dollar helps, anything that makes a sick kid feel a bit more normal is great.”
Ms Pederick said Abi got the idea to donate her hair from her family who considered the charity years earlier, after her siblings had their hair cut and just threw it away.
“They had hair down to the tops of their bums and if we’d done that right we could’ve donated their hair as well,” she said.
“Why have a whole head of hair go in the bin when it could go to someone else?”
Variety – the Children’s Charity helps kids aged 17 and under who face illness, disability or disadvantage through their grants, programs and scholarships.
Abi’s fundraising page will be open until January 2022.
For more information or to donate, visit hairwithheart.variety.org.au/fundraisers/abips/hair-with-heart.