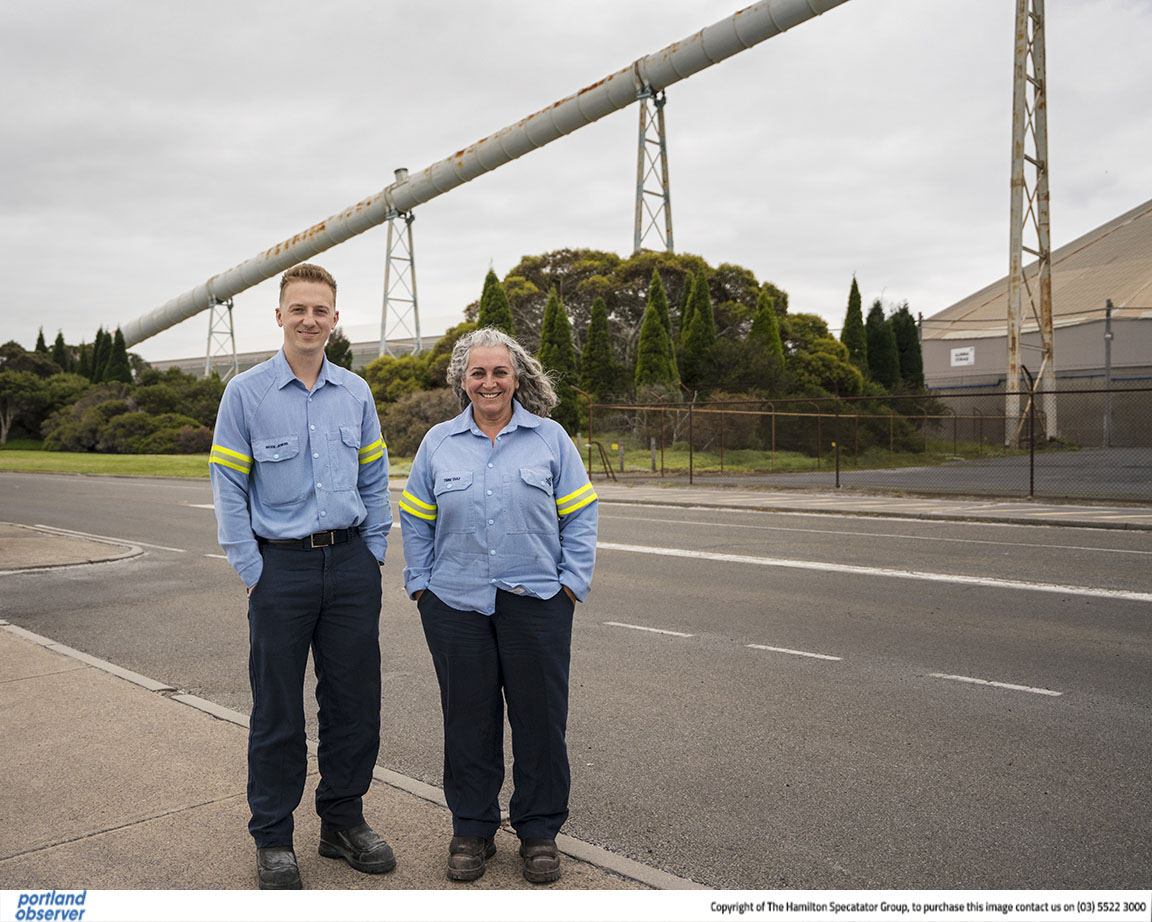 BRODIE Jenkins and Trini Diaz have come to the Portland Aluminium smelter recently from vastly different backgrounds, but they are glad to have the certainty of employment. Picture: TRACY BOTICA 211108tb02
By Chalpat Sonti

PORTLAND Aluminium has announced it will increase its capacity by 35,000 tonnes a year, in a further boost to the smelter’s long-term prospects.

The decision will also be a massive boost for the local jobs market, with the smelter seeking 30 new employees for its own staff, and another 50 likely to be filled by contractors during construction, part of an ongoing campaign to recruit workers as many long-serving staff retire.