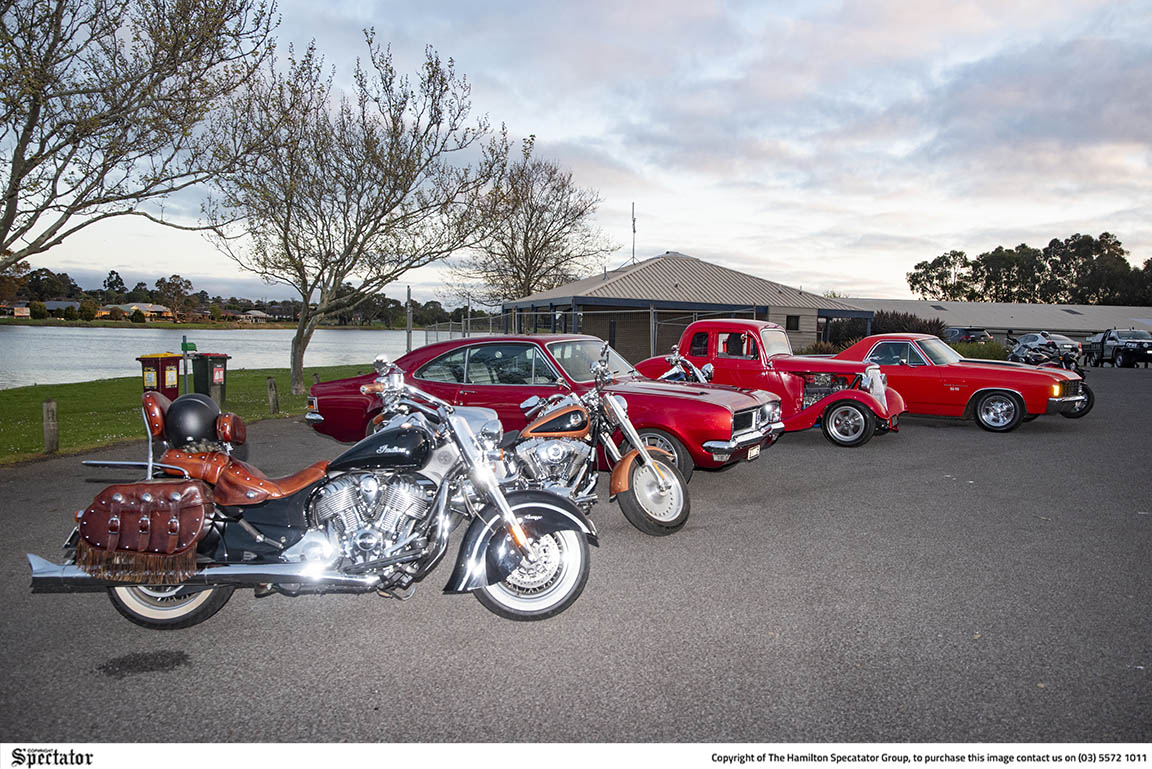 GRAY Street will be filled with classic cars and motorcycles this Saturday night when the fifth chapter of the Knights Motorcycle Club hosts its parade to raise money for the Western District Health Service’s (WDHS) MRI appeal.

The event will run from 5-9pm on November 13 and will provide local classic motorcycle and car owners a chance to show off their vehicles whilst also benefiting the community through fundraising.
A sausage sizzle and drink stand will be available alongside tickets for the “monster raffle” with many prizes up for grabs, with winners announced around 7.30pm.
Corporal of the Knights Motorcycle Club fifth chapter, Ross Sanders said local businesses had been a great support to help organise the parade.
“The enormous raffle has over 20 prizes donated from sponsors around Hamilton, Warrnambool and Mortlake, which is great,” he said.
“Some of the local businesses have agreed to stay open too, so we’re hoping it has a two-fold effect, where we raise money and also support shopping local.”
Mr Sanders said all members of the community were welcome to join in the parade.
“We’re welcoming any participants and it would be great if all the local hot rods got involved,” he said.
“They can show up on the night with their car or motorbike at no cost, but donations from the riders and the drivers will be accepted on the night.”
The parade was originally set to run in October but had to be rescheduled because of the COVID-19 lockdowns and restrictions.
Mr Sanders said the club aimed to help the community and that it was important they raised funds for the MRI machine.
“We are a community focused club that aim to enhance the community by looking at opportunities to help out wherever we can,” he said.
“It really is for a good cause because the town needs the MRI machine and it will benefit the whole community.
“We have members in Hamilton and my wife is a nurse, so we know how important it is.
“Really we just want to give people something to do and raise a bit of money at the same time.”