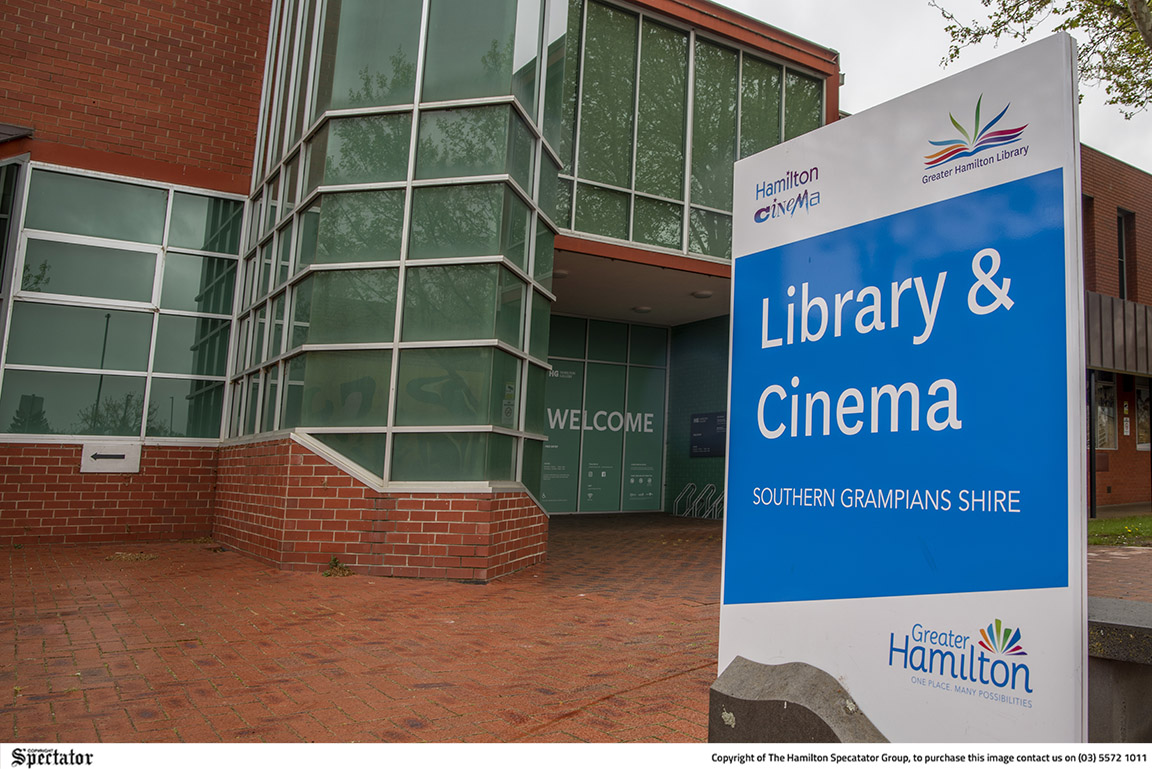 THE Southern Grampians Shire Council is looking for a new private operator for the town’s only cinema. Photo: SPEC FILE.
By Mark Rabich

THE HAMILTON Cinema has been operated by the Southern Grampians Shire since 2008 after the previous operator withdrew from the lease agreement, but at a council meeting last week the decision was made to initiate a tender process to sell the cinema to a private operator.

Planning and Development director, Andrew Goodsell said that the shire running a cinema didn’t fit within their scope and it was likely a private business could do a better job.
“It’s council’s proposition through the work that’s been done in terms of modelling that is appropriate for us to look at whether or not we should be in a space of delivering that service ourself or whether in fact, we should be tendering to see if there’s private sector interests in delivering … arguably a better service than what we can provide,” he said.
“We don’t have a specialty in delivering cinema services.”
Mr Goodsell also added that the shire was an “anomaly” in this respect as very few local councils show current movies as part of their services.
Cr Mary-Ann Brown asked him what would happen if the shire was unable to locate anyone.
“What’s our fallback position?” she said.
Mr Goodsell said this was a tough question but he was “confident we’ll have interest”.
He said that a detailed service review had recognised – despite now coming out of COVID-19 restrictions - that overheads with staffing and the challenges of compliance with film distributors made it difficult for the shire to run a cinema and a private business could more readily focus on doing it well.
Cr Brown also asked if handing over the cinema into private hands could even lead to its expansion with one or two extra screens.
“That’s not part of the current tender being visaged,” Mr Goodsell said.
“I guess you’d have to take a more strategic longer-term view about Brown Street itself.
“At the moment … we are going through a tender process for option three for the gallery and that will probably have a range of implications depending on what it comes back with.
“I think we have to wait and see where that came back with before we could make a decision as to whether we wanted to alter the path of this tender.
“Certainly, our discussions with the private sector more broadly about cinema has been about running the current screen.
“I think any feedback we’ve got from industry beyond that is … you need to provide two to three screens, probably three, and it may not be the case that the Brown Street site is the best place to have a cinema.”
The cinema was last refurbished in 2009 for $1.7 million which addressed seating, safety measures, the kiosk, new carpet and lighting.
Cr Greg McAdam said if the cinema was moved into private hands, he hoped the community focus would remain.
“I just would like to think that if we do attract a private operator for our cinema … that somewhere in the contract they are required to provide our community groups with fundraising nights such as we’ve held over the last few years,” he said.