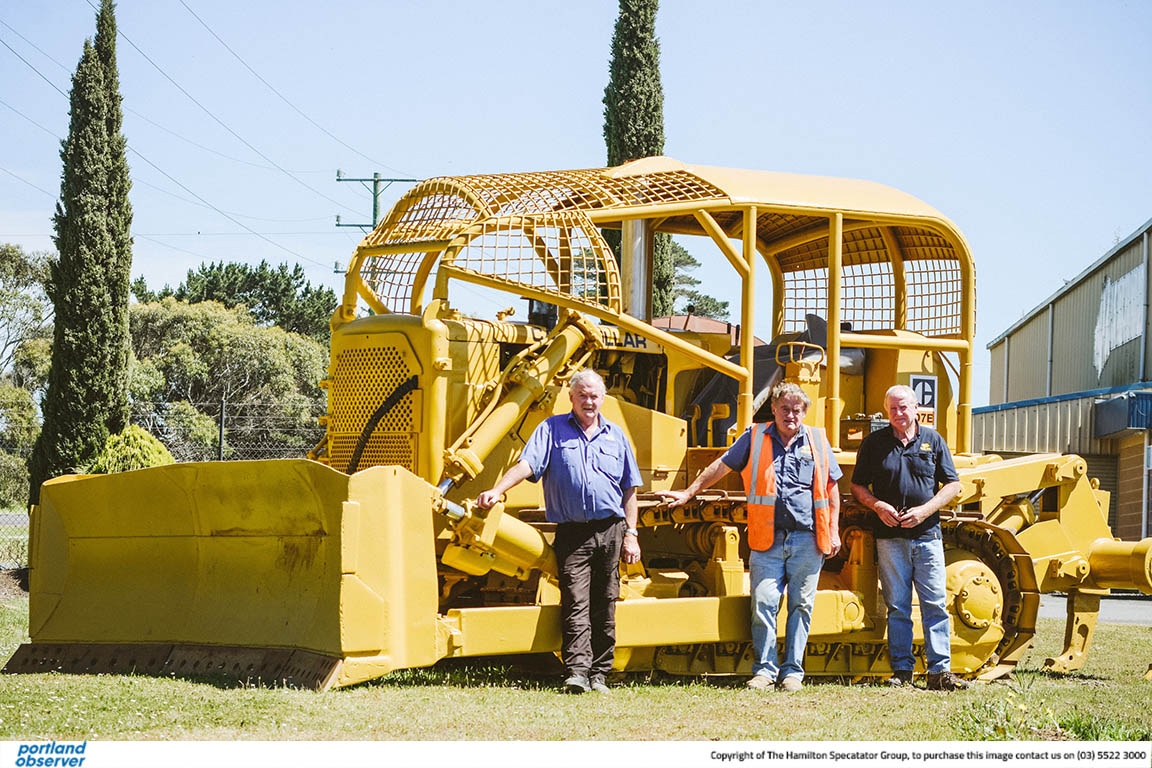 NOT just any bulldozer… When Martin Mibus (left, pictured here with brothers Lewis and Andrew) saw this bulldozer in another part of the state a couple of years ago, he was keen to buy it. Why? It’s a part of the family, in more ways than one, harking back to a time when Mibus Bros was a fraction of the size it is today. Picture: KAREN HODGE 211130kh25
By Chalpat Sonti

THIS is a story about a bulldozer. Not a large one (though it was for its day). Not even a particularly unique one. But one that has played its part in the story of one of Portland’s largest earthmoving businesses – despite spending plenty of time away from it.

And after more than 30 years away the Caterpillar D7E is back at Mibus Bros.