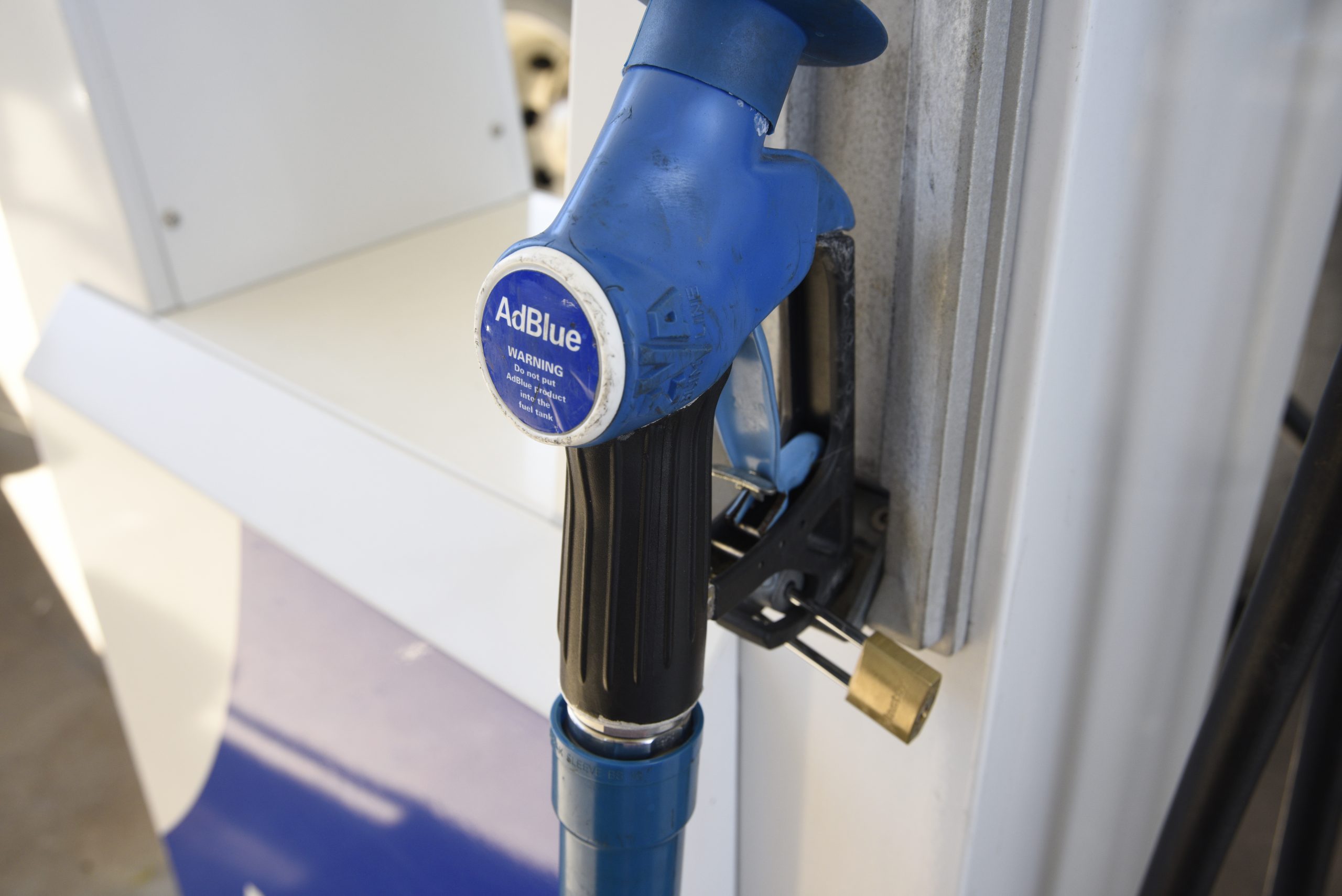 TRUCK and bus drivers seeking to refill with AdBlue early in the morning last week were confronted by this at a Hamilton service station. They were told to wait for an employee to arrive at 8am to unlock the pump. One driver said he expected the lock will “probably be cut off because it's an inconvenience”. Photo: BILLY EASSON.
By Mark Rabich

SHORTAGES of the vital Diesel Exhaust Fluid - more commonly known as AdBlue and used in modern diesel engines, is beginning to take effect in local areas with prices rising steeply and bowsers even being locked to prevent hoarding.

Truck drivers arriving at a Hamilton service station early one morning last week were confronted with the situation of being unable to refill until a staff member arrived at 8am, something they considered untenable given they were scheduled to arrive at their destination two hours earlier.