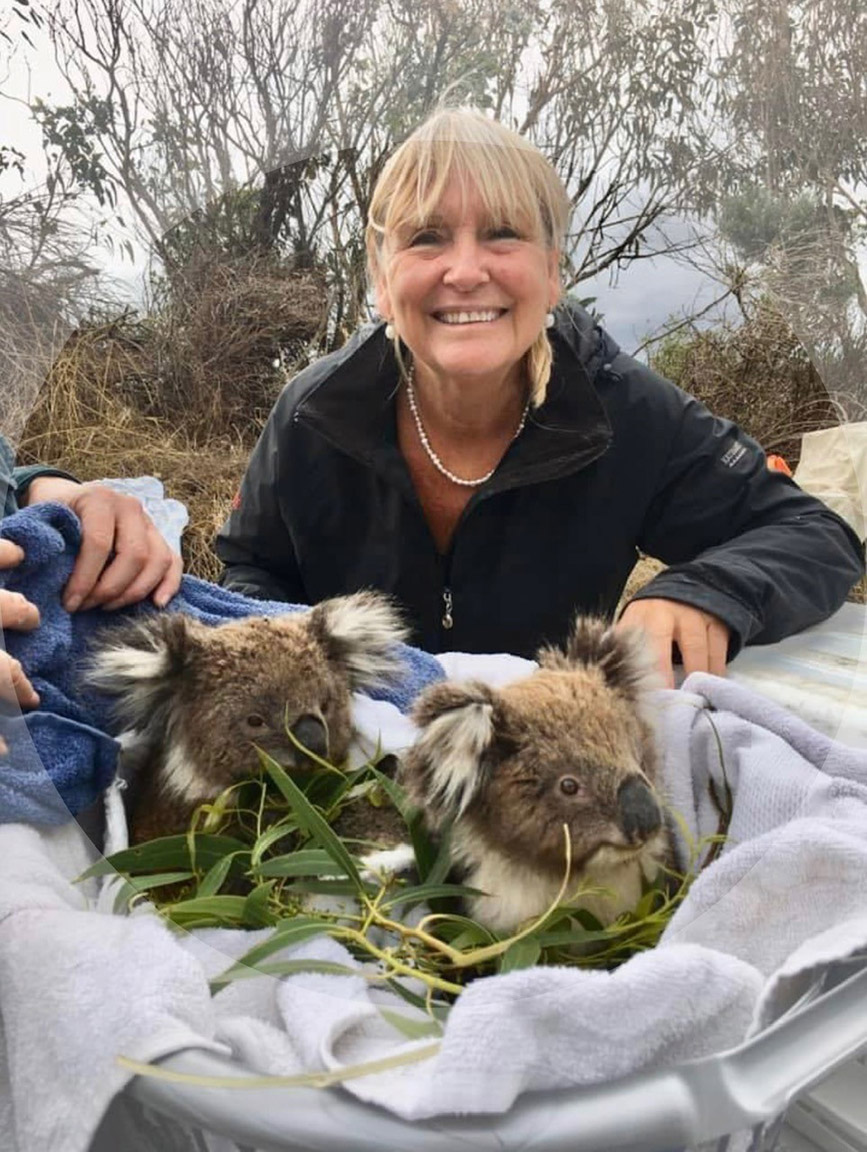 FLASHBACK… Helen Oakley with two of the koalas (these are twins) that survived what happened in February 2020. Picture: SUPPLIED
By Katie Jackson

A LANDOWNER and two companies have been charged over the deaths of dozens of koalas at Cape Bridgewater.

The Office of the Conservation Regulator, part of the Department of Environment, Land, Water and Planning, announced on Wednesday that 253 charges had been laid after an incident which saw 70 koalas either killed or humanely destroyed because of their injuries.