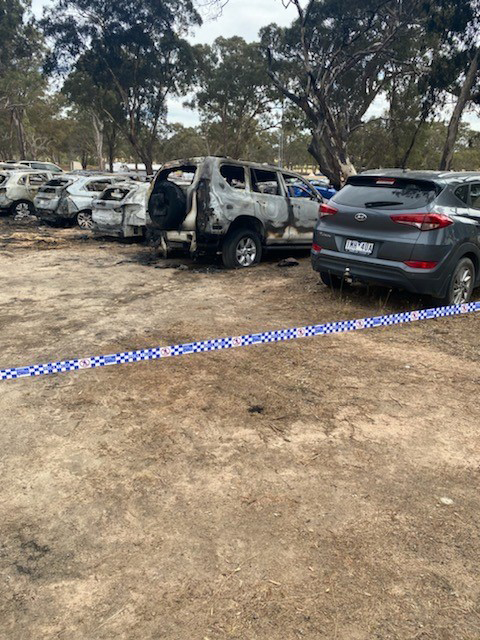 CARS went up in flames due to a fire in the car park at the Seppelt Great Western Cup annual meeting on Sunday and Hamilton local, Jay Grace’s Toyota Prado was destroyed. Photos: SUPPLIED.
By Lizzie Hallam

THE Seppelt Great Western Cup annual meeting went off with a bang of a different kind with up to 20 vehicles destroyed by a fire in the car park forcing jockeys, horses and patrons to evacuate on Sunday.

Hamilton resident, Jay Grace had two horses running at the event, however, neither were able to compete after the event was cancelled shortly after race one at around 1.30pm when the fire started, believed to be from a car exhaust igniting hay, however, the cause is still being investigated.