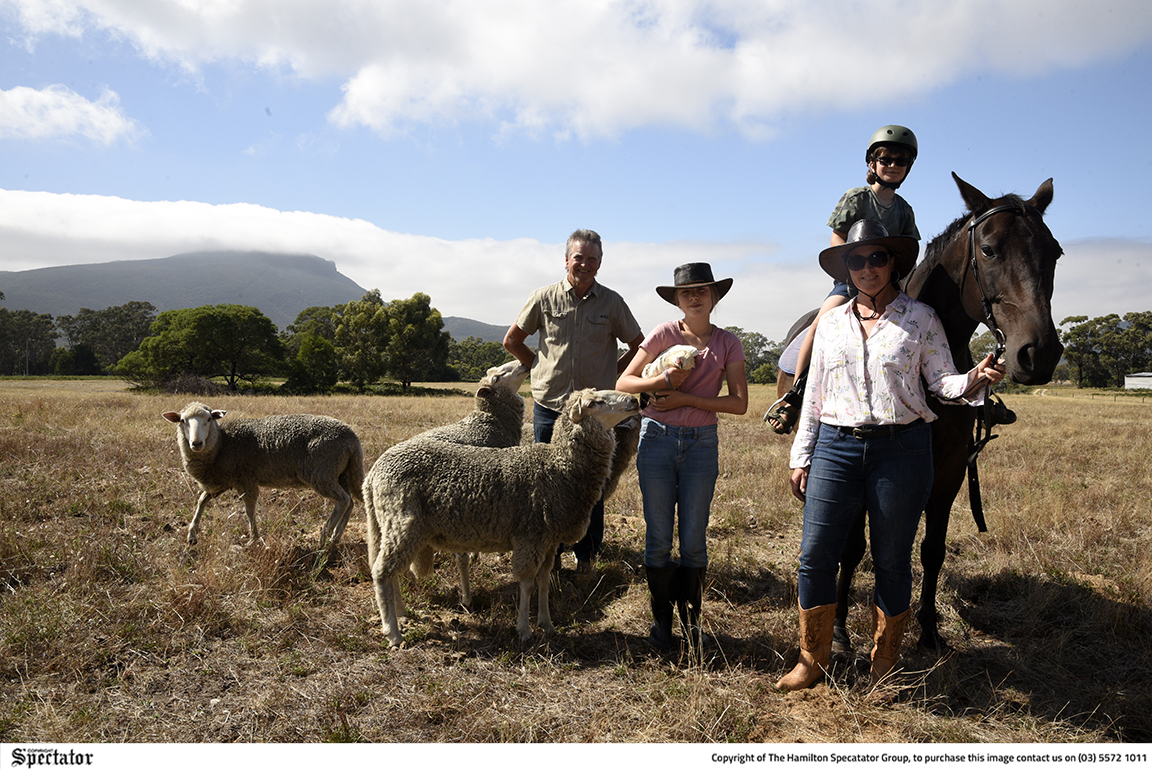 SHEEP farmer, Bruce Burger is one of many community members expressing concern that the fight against the reintroduction of dingoes appears not to be over – this time into any Victorian park or reserve. On his Victoria Valley property with his family - Eden, 12, wife Beth, and Ben (on horse), 10, he said the idea was “a ridiculous notion” that would put his 500 sheep at risk and incur stock loss costs. Story below left. Photo: BILLY EASSON.
By Mark Rabich

A RENEWED threat to the south-west region’s sheep and cattle industry from recommendations in a Victorian Government environmental report have been condemned by the Southern Grampians Shire Council amid calls by stakeholders for the local community to rally in opposition.

After last year’s attempt to reintroduce dingoes to the Grampians / Gariwerd National Park failed, those celebrating the outcome have found it frustrating to now fight a similar battle again, but were this time even more alarmed as the scope of the reintroduction proposal covers any park or reserve in the state.