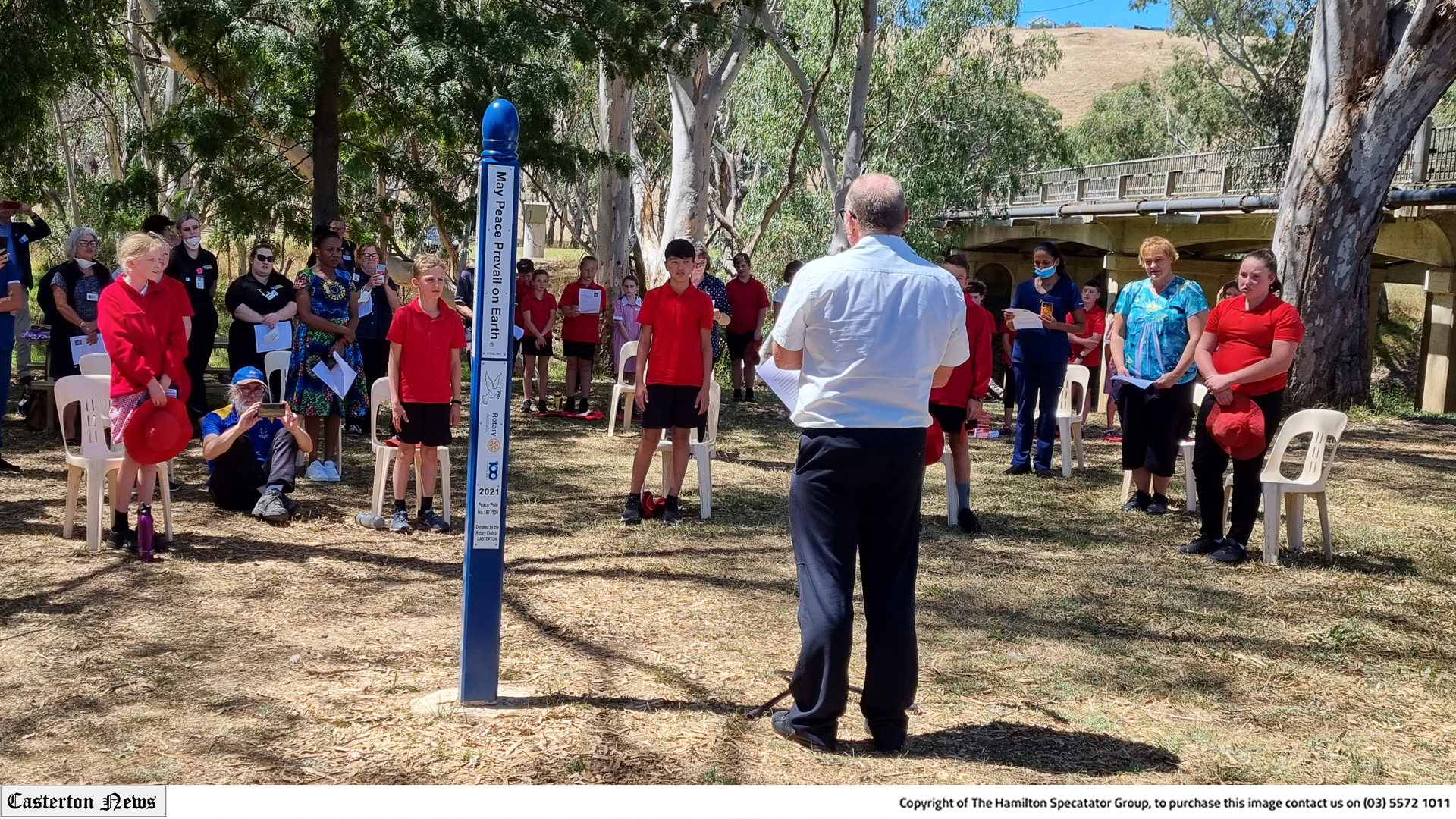 ‘MAY peace prevail’ … school students, residents and Rotarians celebrate the unveiling of Casterton’s Peace Pole – one of more than 250,000 odes to peace, located around the globe.
By Admin

SCHOOLS, residents and Rotarians have officially unveiled the Rotary Club of Casterton’s ‘Peace Pole’ project, in a ceremony at Rotary Park, on the Glenelg River.

The Peace Pole Program, which had its beginnings after World War II in 1955, was developed by the World Peace Prayer Society founder, Masahisa Goi and now, more than 250,000 Peace Poles stand in around 200 countries around the world.