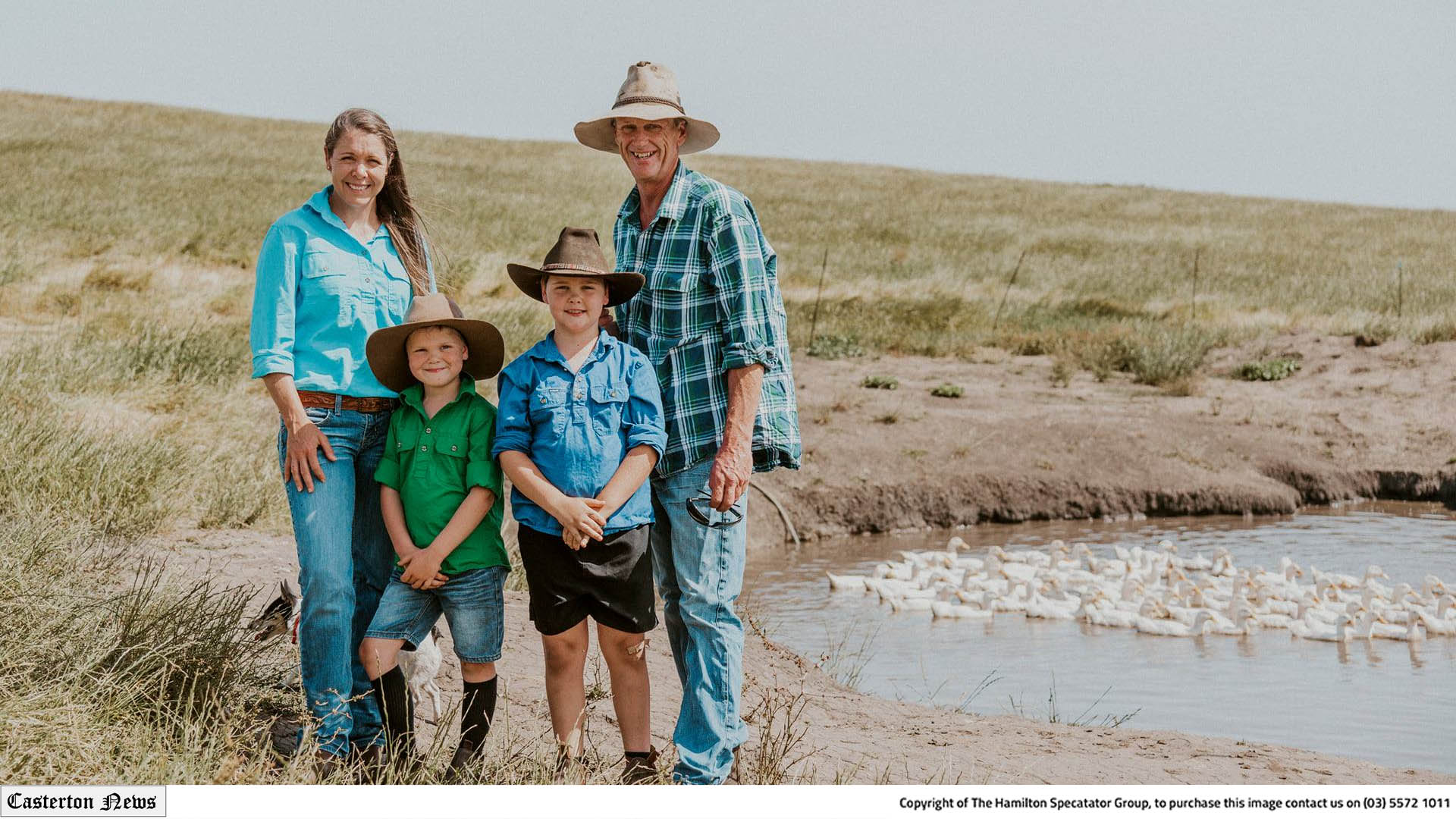 STARTING out with “about eight ducks and a dozen quail” five years ago, Tim and Brandie Beaton and their sons, Zeb and Max, have a thriving Henty poultry and beef enterprise, awarded Primary Industry of the Year at the 2022 Glenelg Shire Business and Tourism Awards.

The Beaton’s Westerly Downs farm was among 14 category winners (two of which were ties) announced at the awards function at the Portland Golf Club on Friday night and the couple was “just shocked” to hear their name announced.