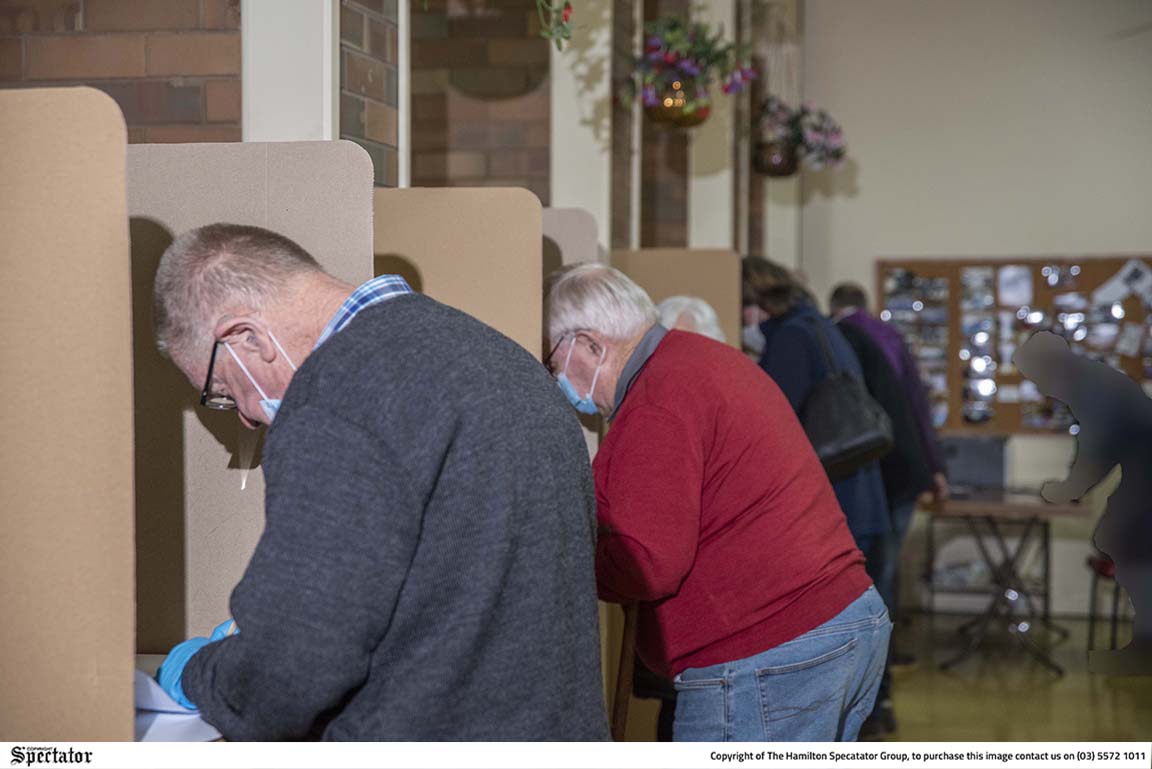 VOTING has been in full swing for today’s Federal Election, with nearly a thousand people turning out each day this week to the Hamilton early voting centre.

At Thursday’s end, 4844 votes had been cast at the Hamilton Senior Citizens Rooms on Lonsdale Street and a steady stream of voters were entering the polling place yesterday morning after opening at 8am.
22 per cent of those on the national and Wannon rolls have already visited an early voting centre, while as of Thursday, a further requested applications - have been returned already in Wannon.
Wednesday’s turnout in Warrnambool was the busiest in Wannon so far, with 1952 people coming out to vote – in total 10,129 people have already voted in Warrnambool.
The Federal Election media blackout, which applies to TV and radio broadcasters but not print or online media, is now in place, blocking political advertising until after the election.
Meanwhile, the Australian Electoral Commission (AEC) is dealing with staff shortages and reassignments due to COVID-19 causing workers to withdraw availability.
AEC commissioner, Tom Rogers, said they were “working overtime” to ensure all voting centres were adequately staffed today and suggested that voters consider voting in larger towns.
“While the impact will likely be limited, and limited to certain areas, voters in identified regional locations who have not accessed an early voting centre, or postal vote, may not have a polling venue in their town on election day,” he said.
“Current labour shortages in regional areas have been well-documented.
No frontline service has been immune to resourcing difficulties and we’re running the nation’s biggest in-person, manual event.”