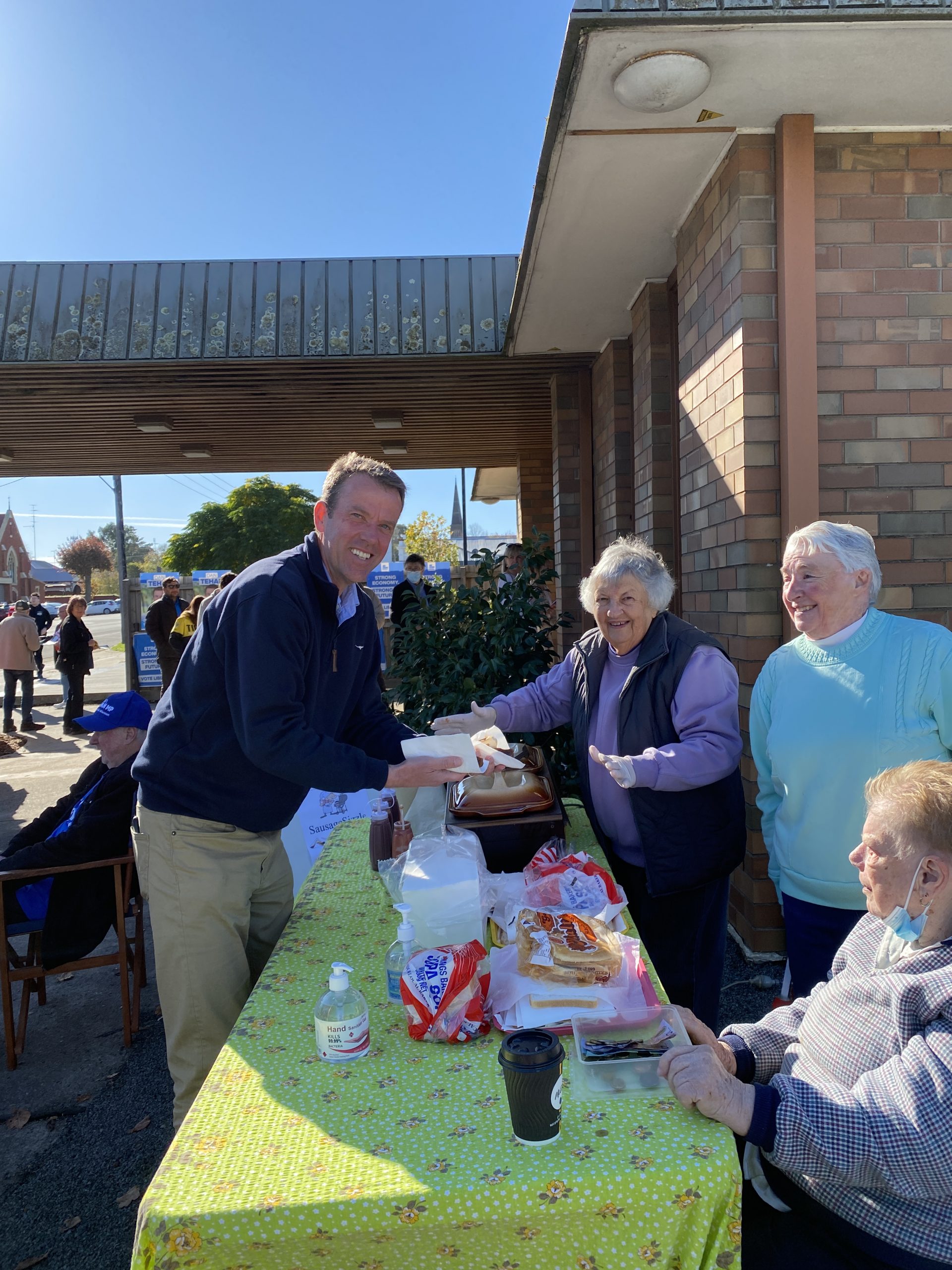 FOR the first time in almost 80 years in Wannon, the two-party preferred (TPP) vote count has not been between the Liberal and Labor parties, but instead, strong polling by independent Alex Dyson has triggered a count of all candidates’ second preferences.

At the time of print, the Australian Electoral Commission (AEC) was still counting preferences in Wannon to determine whether the Liberal Party’s Dan Tehan would hold the seat or if it would fall to ‘teal’ independent, Mr Dyson.
Mr Tehan remained “cautiously optimistic” of holding onto the ‘blue ribbon’ seat he has held since 2010, despite a swing of -6.67 per cent against him and the Liberal Party’s lowest percentage of first preference votes in Wannon in almost 40 years.
Mr Tehan’s main contender, former Triple J host, media personality, author, and independent candidate Mr Dyson, has doubled the tally of his first attempt in 2019, giving the incumbent a scare with a massive swing of +10.45 per cent.
Both major parties performed poorly across the nation but despite the Labor Party managing to form government under Prime Minister, Anthony
Albanese, lost significant ground in Wannon with local candidate Gilbert Wilson copping a swing against him of -6.88 per cent.
Polling around the electorate reflected the patchwork of inconsistency in results around the nation, but of the eight candidates overall, the top four have so far secured over 90 percent of the eligible votes counted.
In Warrnambool’s East, West and Central polling booths, Mr Dyson won the day with at least a ten percent lead over Mr Tehan at Warrnambool Central.
But at the pre-poll voting centre on Raglan Parade in Warrnambool, Dyson tallied less than half, with 3713 votes compared to Mr Tehan’s 6610.
Likewise, at Port Campbell, Dyson took the fight right up to the incumbent, securing 96 votes, just shy of Tehan’s tally of 100, and well ahead of the Australian Labor Party’s (ALP) candidate, Gilbert Wilson, who sat at just 25 votes.
However, closer analysis showed that many polling booths still played out as they traditionally have, reflecting rusted on loyalty to the major parties.
Mr Tehan increased his votes with a swing of +2.70 per cent at Winchelsea South, well ahead of any of the other contenders.
In Labor heartland at Portland Central, Gilbert Wilson won the booth, securing 505 votes with a minor swing against him of only -0.22 per cent, ahead of Tehan’s 433 votes who suffered a larger swing against him of almost ten percent.
Again, Portland South was a win to Labor, even with a swing of -3.54 per cent, ahead of Tehan’s 94 votes who suffered a massive swing of -16.75 per cent.
Where it was to be expected that that Greens would poll well, they did so, particularly in towns along the coast where candidate, Hilary McAllister hails.
Ms McAllister topped the vote count at Aireys Inlet with a swing of +6.81 per cent likely at the expense of the ALP tally who despite a swing against them of -14.72, still managed to poll in second place.
Tehan polled in third place with 115 votes, and Alex Dyson fourth despite a swing of +17.57 per cent.