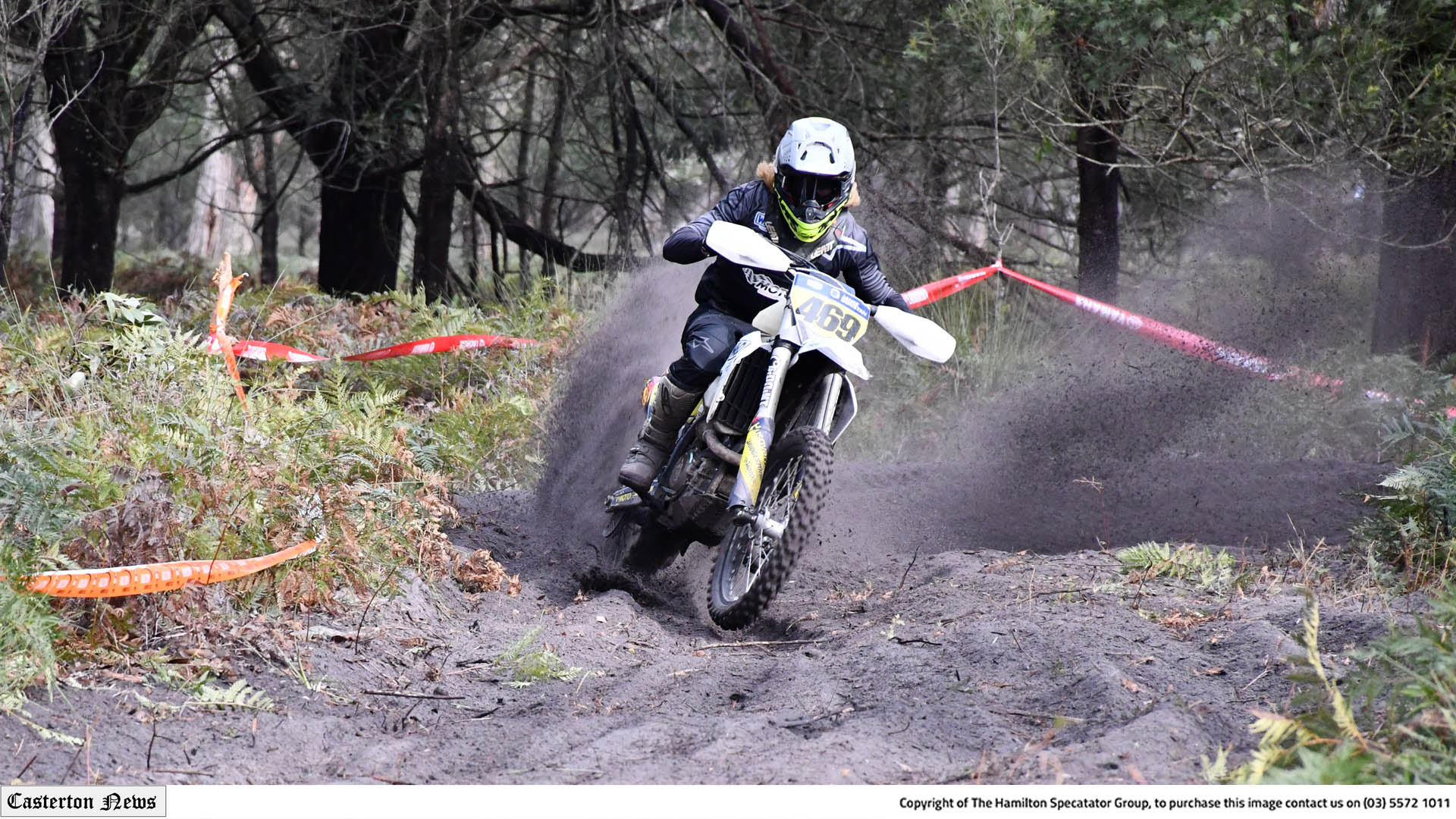 A RECORD field of riders hit the Dunrobin track for rounds seven and eight of the Victorian Off-Road Championships at the weekend, including Jamie Dunstan, who smashed out three laps of the course in a best time just three seconds behind the day’s best and overall leader. Photo: JODIE FOSTER.
By Kristy McDonald

IT WAS ramping up to be a huge weekend of racing and Casterton did not disappoint, as a record 230 riders took to the track over two days for rounds seven and eight of the Victorian Off Roads Championship at the weekend.

Arriving in town on Friday, crowd favourite Andy Wilksch had plenty to celebrate as series leader and newly-named in Team Australia for the 2022 International Six Day Enduro Enduro (ISDE), to be held in Puy en Velay, France from 29 August to 4 September, this year.