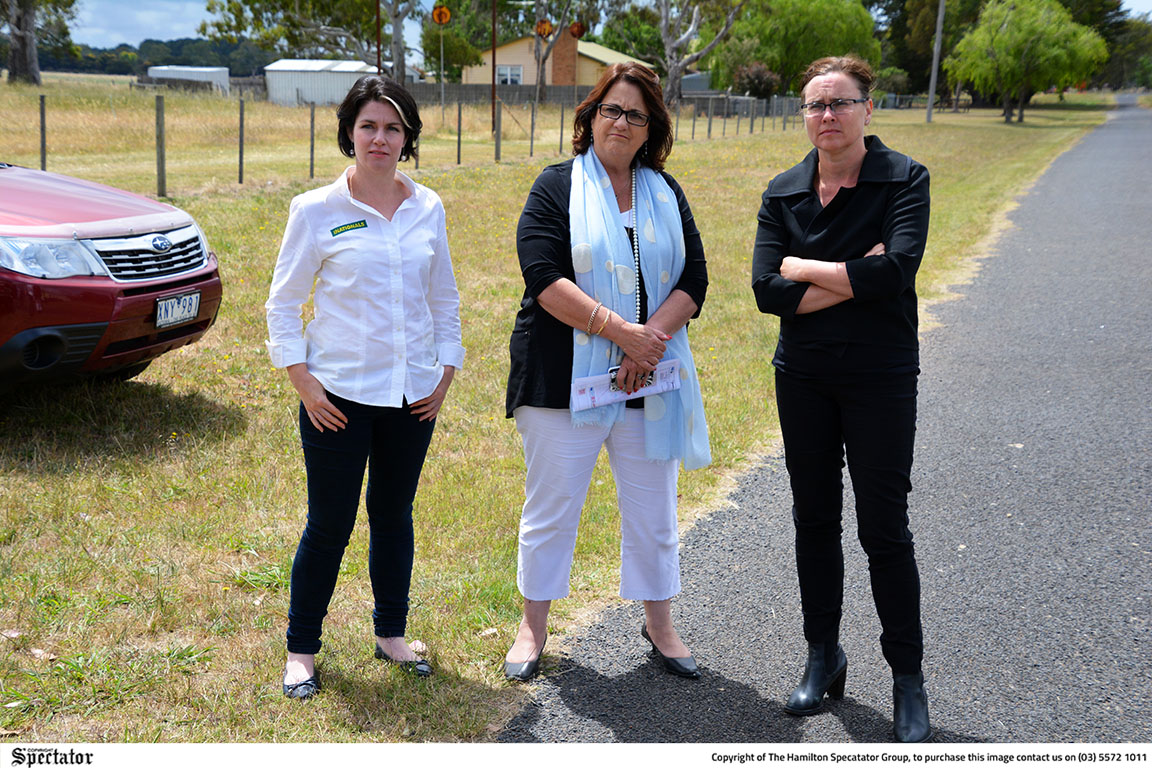 EASTERN Victoria MP Jane Garrett (right) - in Casterton in December 2015 alongside Member for Lowan Emma Kealy (left) and Glenelg Shire councillor Karen Stephens - passed away on the weekend aged 49 after a battle with cancer. Ms Garrett was appointed as Emergency Services minister in 2014 before controversially resigning in 2016 after falling out with premier Daniel Andrews over a CFA pay dispute. Photo: CASTERTON NEWS.
By Lizzie Hallam

FORMER Victorian minister for Emergency Services, Jane Garrett, who passed away on Saturday aged 49, is being remembered locally for her support of the Country Fire Authority (CFA).

Ms Garrett was elected as the Member for Brunswick in 2010 and served as parliamentary secretary to the shadow minister for Police and Emergency Services and shadow cabinet secretary in opposition until 2014.