Karate kicks on at new venue 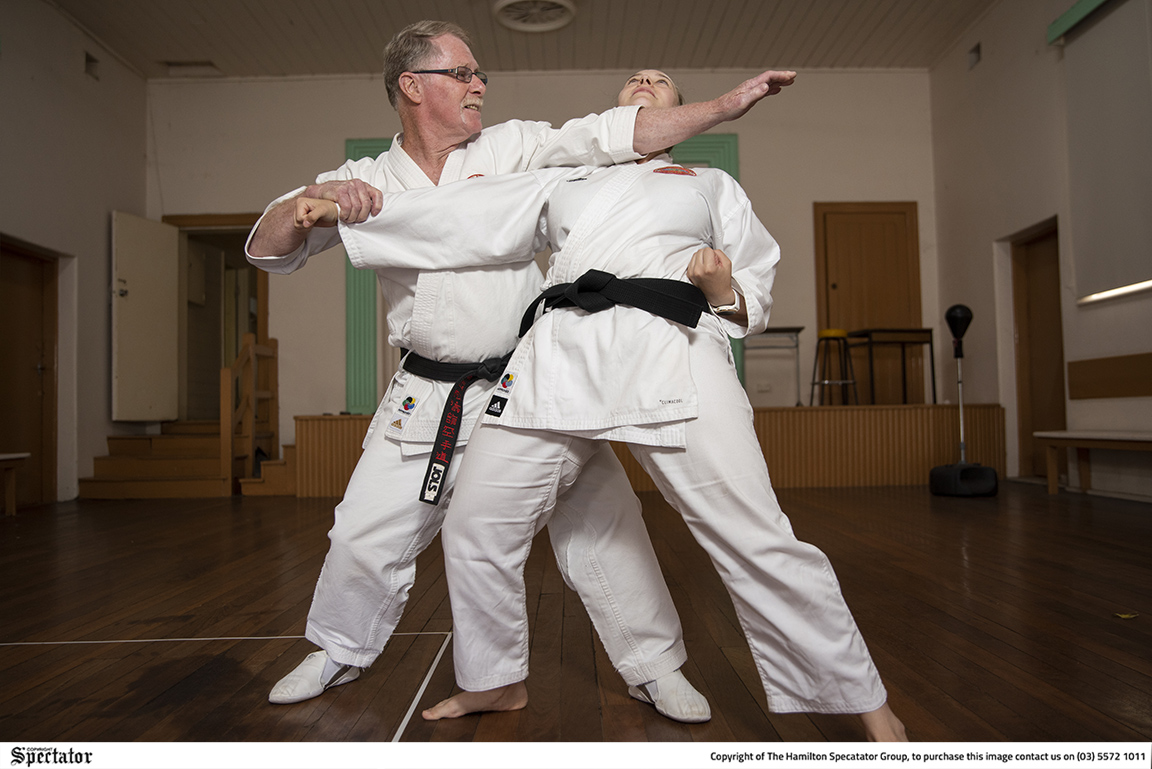 STEPHANIE Granziera and sensei John McIntosh are excited to get back to some normality. Photo: CHRIS DOHENY.
By Mitch Lang

Like many sports and community groups, karate was forced to close its doors last year, but since being given the go-ahead in December, sensei John McIntosh said there was no way they were taking another break.