Give that they may grow 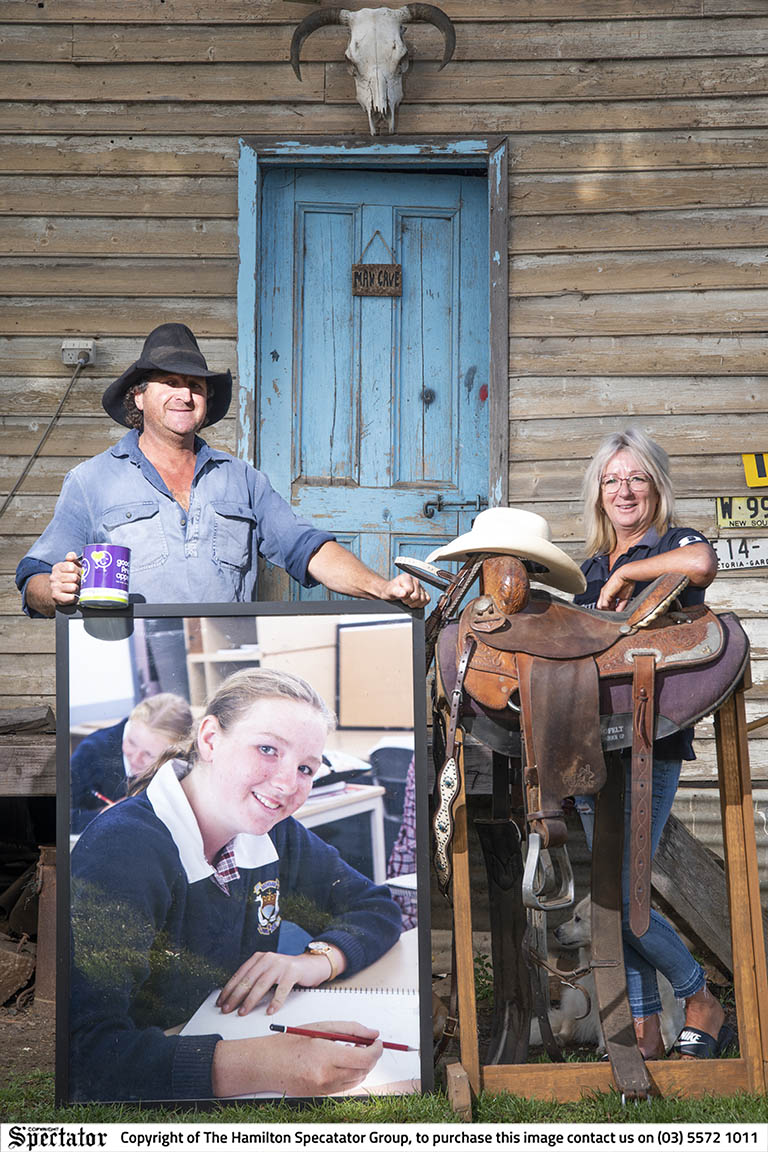 rendan (Hump) and Leonie (Mop) Bell are calling on the community to dip deep today and support the Royal Children’s Hospital Good Friday Appeal in memory of their daughter, Nat. Photo: LAUREN HAY.
By Ash Bolt

THE Good Friday Appeal has extra importance to a Wallacedale family, after seeing the Royal Children’s Hospital’s important work firsthand.

Although the hospital was unable to save Brendan (Hump) and Leonie (Mop) Bell’s 13-year-old daughter, Natalie, almost two years ago, the couple said the five weeks they spent by her side at the hospital opened their eyes and gave them a newfound respect for the important role the Royal Children’s Hospital and its staff play in many people’s lives.