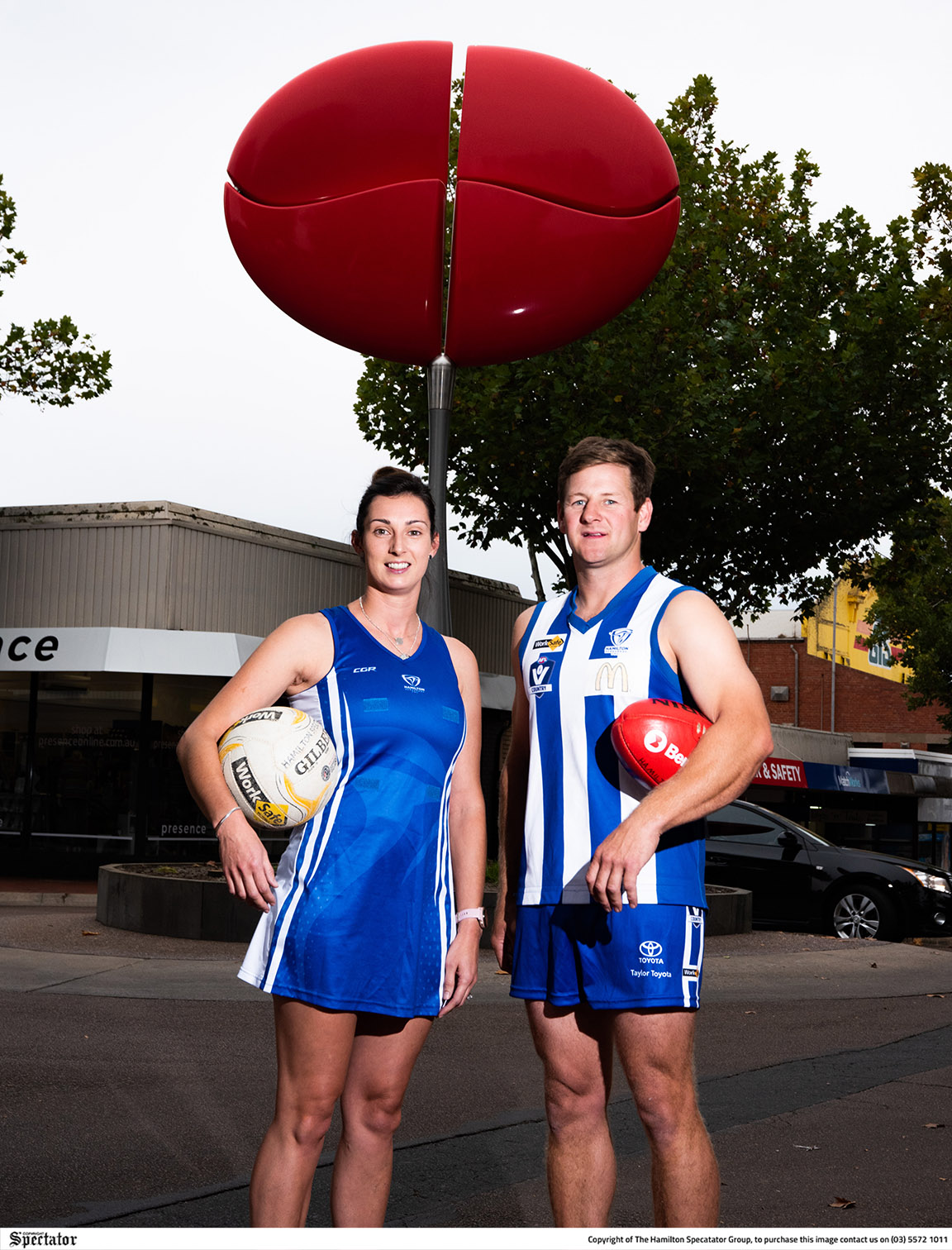 HAMILTON Kangaroos Open netballer, Hayley Sherlock, and senior football captain, Hamish Waldron, will be in the thick of the action at Melville Oval today. Photo: BLAIR BURNS
By Adam Hill

AFTER nearly 600 days, the Hamilton Kangaroos are set to take to Melville Oval for premiership points in today’s Hampden Football Netball League opening round against Port Fairy.

The Kangaroos last played 595 days ago when they faced the Seagulls at Gardens Oval and the return of football and netball to the region is set to draw plenty through the gates.