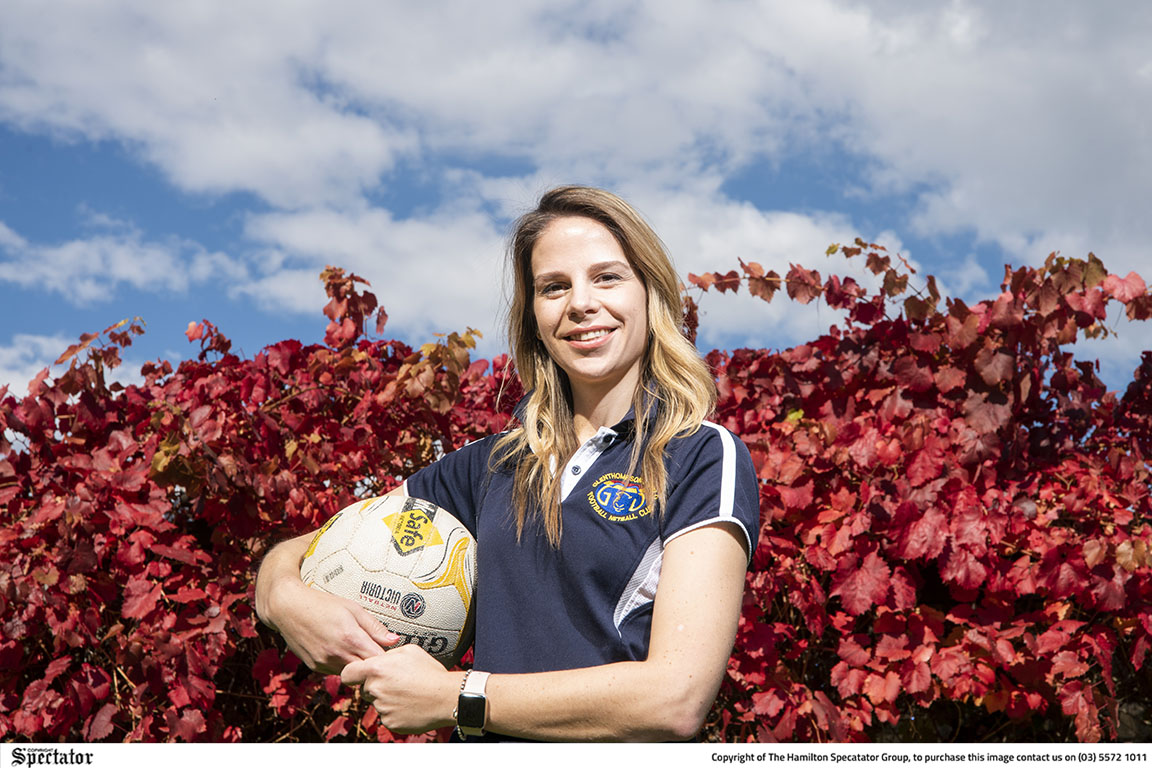 AMY Knight has worked her way back from a third ACL injury, returning to the court for Glenthompson-Dunkeld’s A grade team. Photo: LAUREN HAY.
By Mitch Lang

AFTER recovering from a third anterior cruciate ligament (ACL) injury since 2015, Amy Knight has her sights firmly set on getting through the 2021 netball season with Glenthompson-Dunkeld.

A renowned shooter, Knight hasn’t had luck on her side over the past six seasons.

Two left knee ACL injuries and one right knee reconstruction has seen her miss a lot of netball, including two premiership seasons for the Rams.

Despite her continued absence from the court, Knight continued to push through rehabilitation and this year has featured in the opening two games of the Mininera and District Netball Association (MDNA) A grade season.

Knight played a half game in round one before playing three quarters of the team’s round two clash.