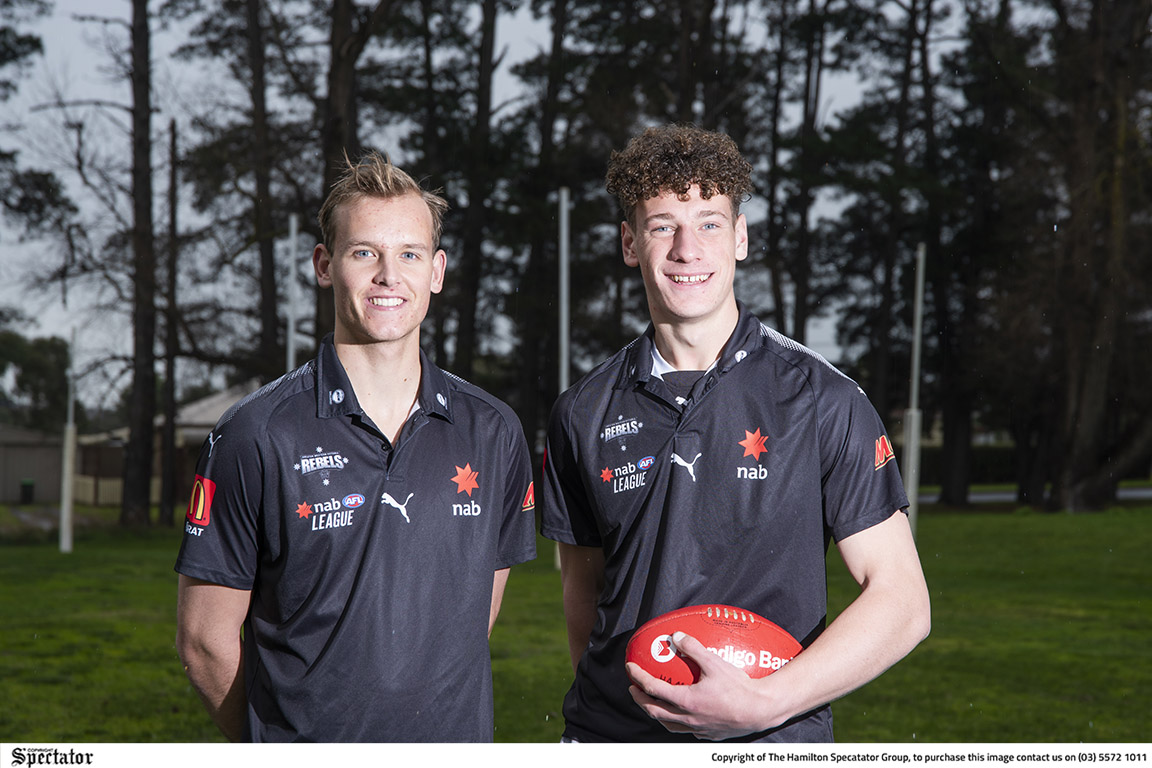 VINCENT Huf, 17, and Josh Rentsch, 17, are united by football, as the pair look to help GWV Rebels to a NAB League premiership. Full story on Page 19. Photo: LAUREN HAY
By Adam Hill

JOSH Rentsch and Vincent Huf don’t have much in common, except football. The two Greater Western Victoria Rebels players are flying the flag for the Southern Grampians region, as Rentsch eyes off a spot on an AFL list in 2022, while Huf has come from the clouds to make his NAB League debut as an bottom-age player, kicking five goals.