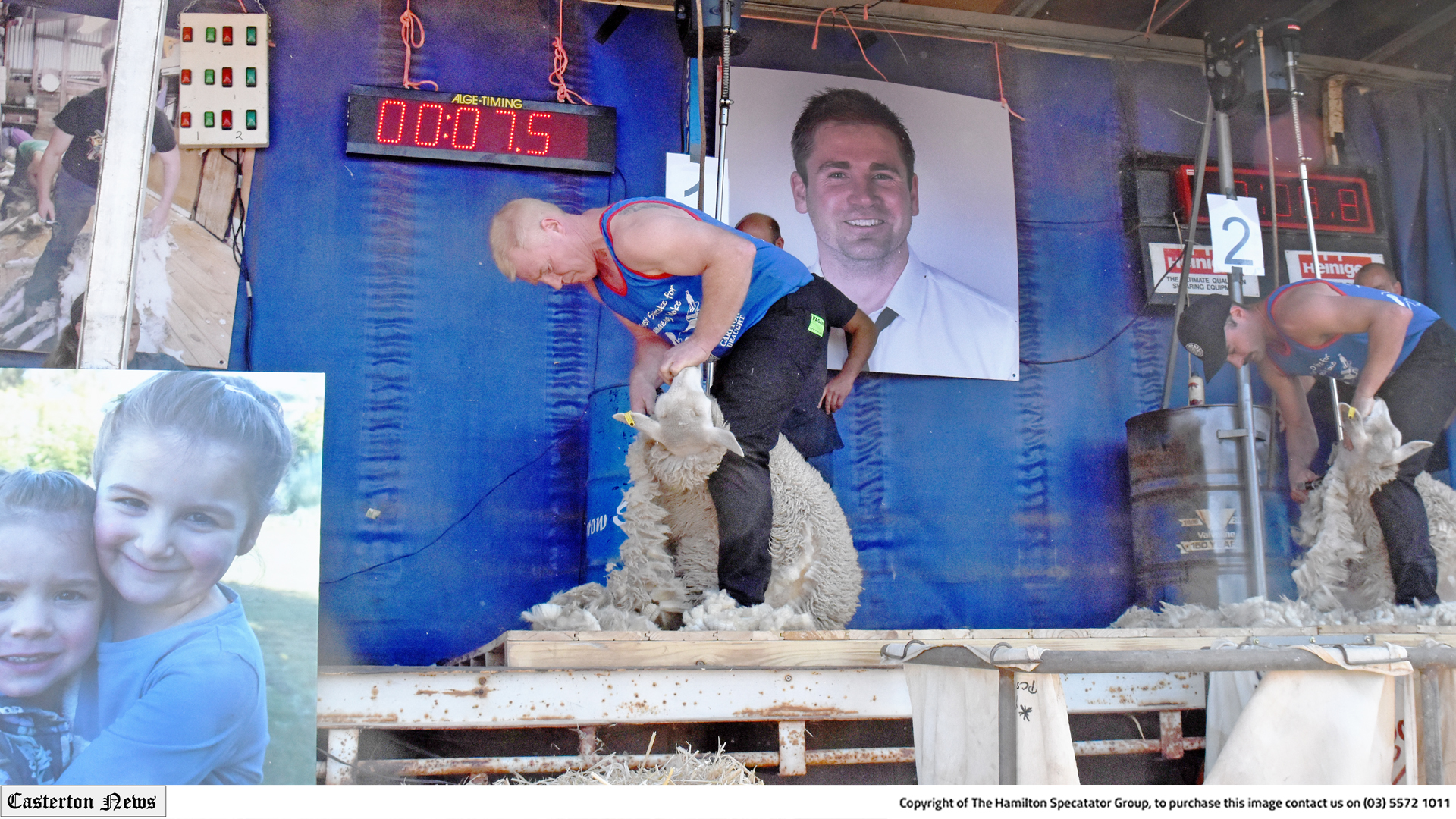 IN TRUE country style, the call was made and the community responded, with around 1000 fans, family and friends packing the Coleraine showgrounds at the weekend, to pay tribute to the late Adam McClure.

The international shearing fraternity and Western District community were rocked by Mr McClure’s death in December last year, after the 32-year-old was killed in a car crash near Beaufort, leaving behind young daughters Frankie and Annabelle.