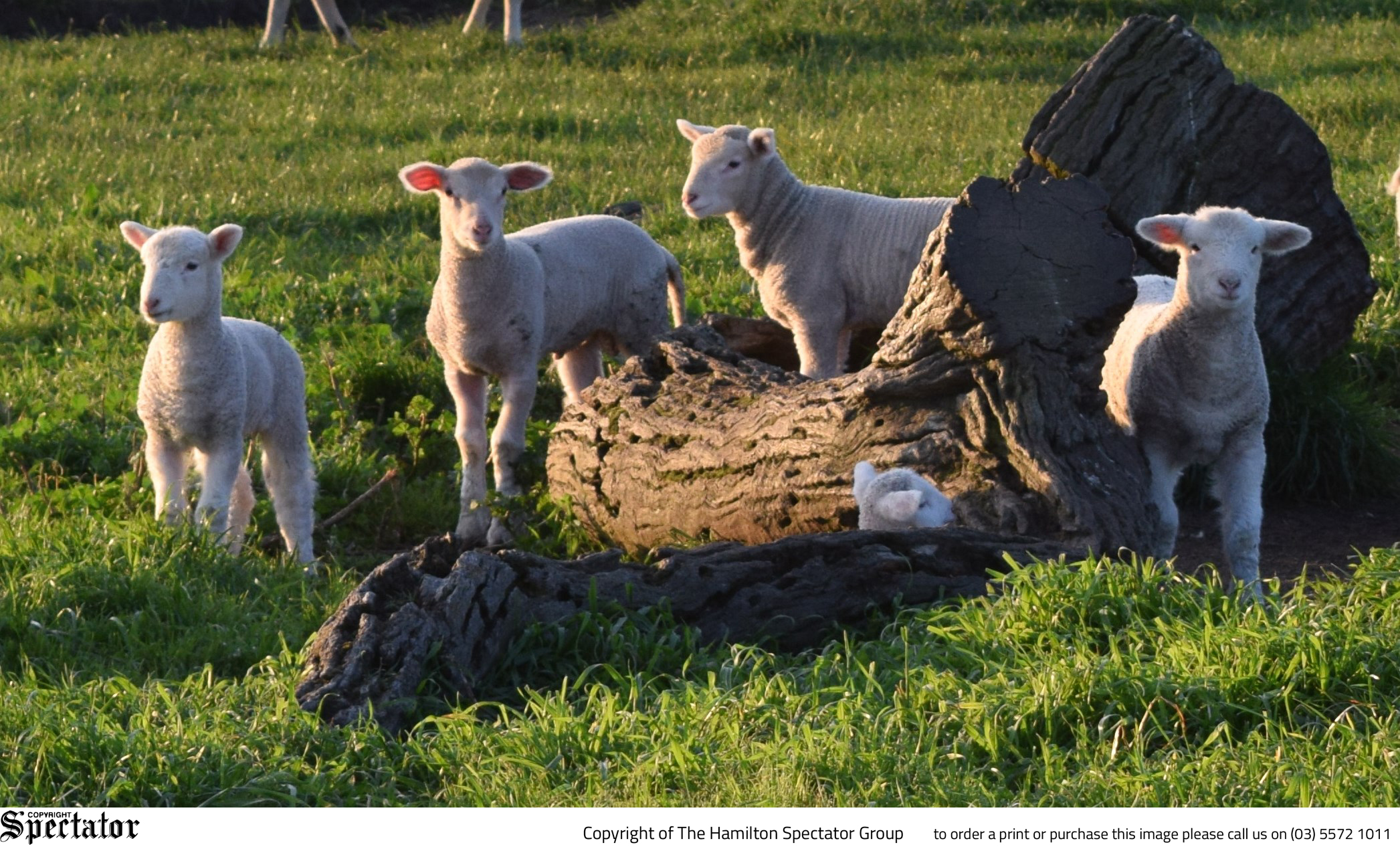 GROWERS across the region were worried last year when July provided below average rainfall - no such concern was felt this year! With above July averages falling on already saturated soils, most of the Western Districts have been battling wet late-winter conditions.

Getting winter fertiliser out across southern dairy regions towards the Otways is often a job for the chopper or plane, however this year aerial spreading and spraying was in demand anywhere south of Ararat. With wind and rain reducing possible flying hours, many aerial companies were booked solid and not taking new clients.

The wet conditions made it difficult for all across the agricultural sector; whether its pugged dairy pastures, lambing ewes struggling through the poor weather, beef cows unable to be fed in the paddock, or waterlogged crops, nearly all industries feel it.

The wet brings about a catch 22 situation for grain growers; paddocks are too wet to spray and spread without causing damage and getting bogged, but waterlogging leads to a range of diseases and deficiencies in crops that need fungicides and fertilisers to combat.

Rust in wheat crops
Agriculture Victoria are urging growers to be vigilant when inspecting wheat crops, following the identification of stripe rust infections. Infections were found in susceptible varieties in Western and Central Victoria and is likely to be the same strain that caused issues last year.

“This is a relatively early infection for stripe rust, and it could be a sign of significant issues if conditions continue to be favourable.”

“Rusts have the potential to cause more than 30 per cent yield loss in susceptible varieties if unmanaged.

“The StripeRustWM app is a useful tool to support decisions around stripe rust management. The app was developed by the Department of Primary Industries and Regional Development and has been tested in Victoria in recent years to validate results.”

Wheat stripe rust is expected to develop in susceptible crops during the next few weeks as temperatures increase.
Dr McLean said that adult plant resistance (APR) in some varieties will provide some control later in the season. But many adult plant resistance genes are less effective during cooler conditions, providing less protection in the advanced early-sown crops.

Dr McLean encouraged any growers who have found rust to send a sample to the Australian Cereal Rusts Survey to help researchers understand the distribution of rust species and whether any new pathotypes have emerged. More information can be found on the University of Sydney website.

Pugging pastures
Pugging can reduce pasture growth by 20 to 40 per cent and pasture use by 40 to 60 per cent, due to damage and soiling of pasture. Pasture production in the following spring and summer may also be impacted by 20 to 80 per cent, depending on the severity of pugging damage. Pugging may also lead to increased animal health issues including mastitis and lameness.

Pugging occurs as very wet soils have reduced strength or structural integrity, making them more easily damaged by cow hooves and machinery. When soils are pugged, compaction occurs, reducing the rate of water infiltration.
The severity of damage will depend on soil type, degree of waterlogging, and most importantly, grazing management. The greater the severity and extent of pugging damage, the greater the set-back and cost of pasture restoration.
Modified grazing techniques and on-off grazing are two strategies which can be employed to minimise the physical and economic impacts of pugging damage.

Maintain good grazing management with cows grazing pasture at the two-to-three leaf stage and leaving a post grazing residual of 4cm-6cm is critical in wet conditions. This will assist to achieve a minimum grazing height of 10cm with an ideal height of 15cm-20cm. This height allows the cows to take big bites of pastures, reducing their need to walk and create associated damage.

In on-off grazing, cows usually graze pastures for two-to-four hours and are then removed before severe pugging damage starts to occur.

Research has shown on well-fertilised pastures at the two-to-three leaf stage, after two hours, grazing cows consume 70 per cent of the pasture that they would eat over a full 12-hour grazing period, and 77 to 88 per cent over four hours. After the four hours, little extra intake occurs, but the rate of pugging increases drastically. Therefore, it is best to remove the cows and save the pasture for the next rotation. However, when using this strategy, the animals will need to be topped up with a high-quality supplement to avoid loss of milk production.

There needs to be somewhere for the animals to go in the “off” period. Farmers may have a suitable area or can be very innovative in setting up a site for the “off” cows. This can include places such as feedpads, unused silage pits, tree lots (watch for ringbarking and avoid edible parts of conifers), sawdust pads, laneways, sand banks, hard standing areas, and cow yards. Each site has its own pros and cons which need to be considered and managed.

Consider which strategies would work on your farm. If you get the chance, discuss the various options with other farmers who have tried these, or they may even have other ideas not discussed here.

Listeriosis in sheep
District veterinary officer, Jeff Cave said recent weather conditions had led to lots of wet, rotting vegetation which was ideal for listeria to multiply, and had likely contributed to an increase in listeria cases in livestock.

Listeriosis is commonly known as ‘circling disease’, as circling in one direction is caused by the effect it has on the sheep’s brain. Other symptoms include fever, lack of appetite, red tissues around the eyes, usually with blindness, and depression.

Due to a partial paralysis of the face, affected animals may also have a droopy ear, drooping eyelid, and saliva running from limp lips on one side of the face.

Listeria bacteria are commonly found in the paddock environment and in the intestinal tract of healthy animals.
Listeriosis can also be caused by feeding sheep with mouldy or spoiled hay or silage.

Roughly one quarter of late term abortions in sheep are caused by listeriosis, with campylobacter and toxoplasmosis being the other common causes of abortion in sheep.

Unfortunately, listeriosis is not treatable as clinical signs are usually not identified until the end stage of the disease. If faced with an outbreak of listeriosis, it’s critical to find and remove the source, and in the event of an abortion outbreak, move the other pregnant ewes to another paddock.

Listeriosis is potentially a zoonotic disease, therefore it may be transmitted to humans. Pregnant women and people who have weakened immune systems are at risk. Good hygiene, such as wearing gloves and washing hands, should always be implemented, particularly when handling aborted lambs.

It’s important to remember, adult sheep showing neurological signs, staggering gait, constant trembling, or persistent itchiness are eligible to be autopsied for the national TSE Surveillance program with a producer incentive of $100 for each sick sheep sampled.