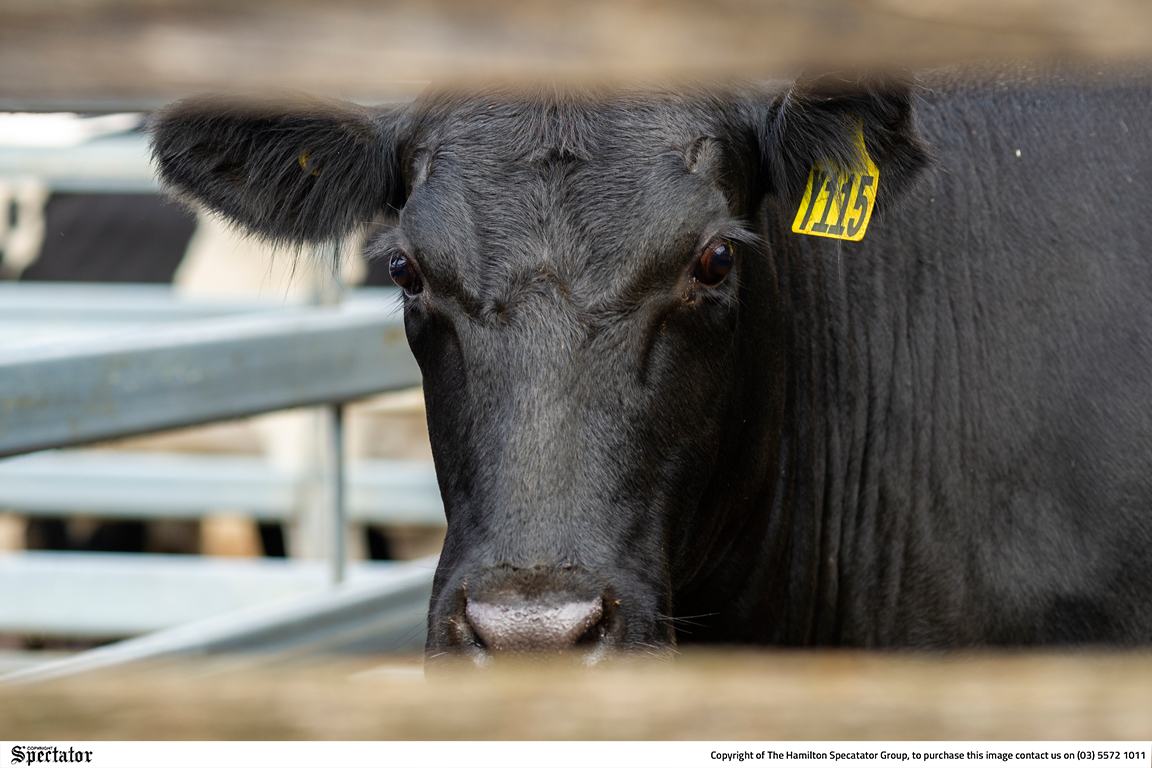 Te Mania Angus director, Tom Gubbins said the project – which will be pivotal in providing data identifying vital early puberty information, as well as maturity, health and animal welfare – meant designing new technology for the data to be captured.

Tom said it was the first time this dairy-based system had been applied in a beef herd on this scale “and the technology we had to create to make the project work is another first”.

One of the challenges was working out a way to capture the data in the paddocks, instead of the dairy shed, as animals came in each day. So, with the help of Allflex and Sapien Technology, using modified Sapien built trailers, a Wi-Fi net was cast over the heifers to capture all the data.

“This was a significant investment in time and money to put Wi-Fi in mobile trailers to best allow the data to be captured and collated,” Tom said.

“So, we designed two modified Sapien Technology trailers to do the job.”

The collars transmit all their data every 10 minutes – but with the current generation design, can only store it for 24 hours.

“If an animal does not come within range of one of the trailers in that 24 hours, we lose the data, so we had to throw enough Wi-Fi coverage over the mobs to make sure that doesn’t happen,” Tom said.

“Because it’s data we need to ensure we maintain, or improve, our current puberty age in the heifers. Growth and maturity age are correlated, so as we get more growth, the age of puberty gets later.

“The implication of early puberty are the impacts on whole-of-life-fertility.

Tom said while the focus is fertility, Heatime was also going to deliver valuable information by also recording animal stress, rumination, and activity.

He said being able to electronically measure illness and subsequent recovery rates will give Te Mania Angus the ability to select animals with better immune responses and decreased genotypic illness rates.

“Matching those animals with the best performers in the fertility part of the project will certainly enable us to make some sound data-based decisions,” Tom said.

“The collars stay on these heifers until February, at which stage they will have pregnancy tested them all for us – which does mean a time and cost saving in not having to do the traditional preg testing.

“In the medium to long term, we plan to have the collars on the heifers earlier (around six months of age) and for longer (24 month) to measure their postpartum and oestrus.