Autumn rains bringing a splash of colour – and positivity 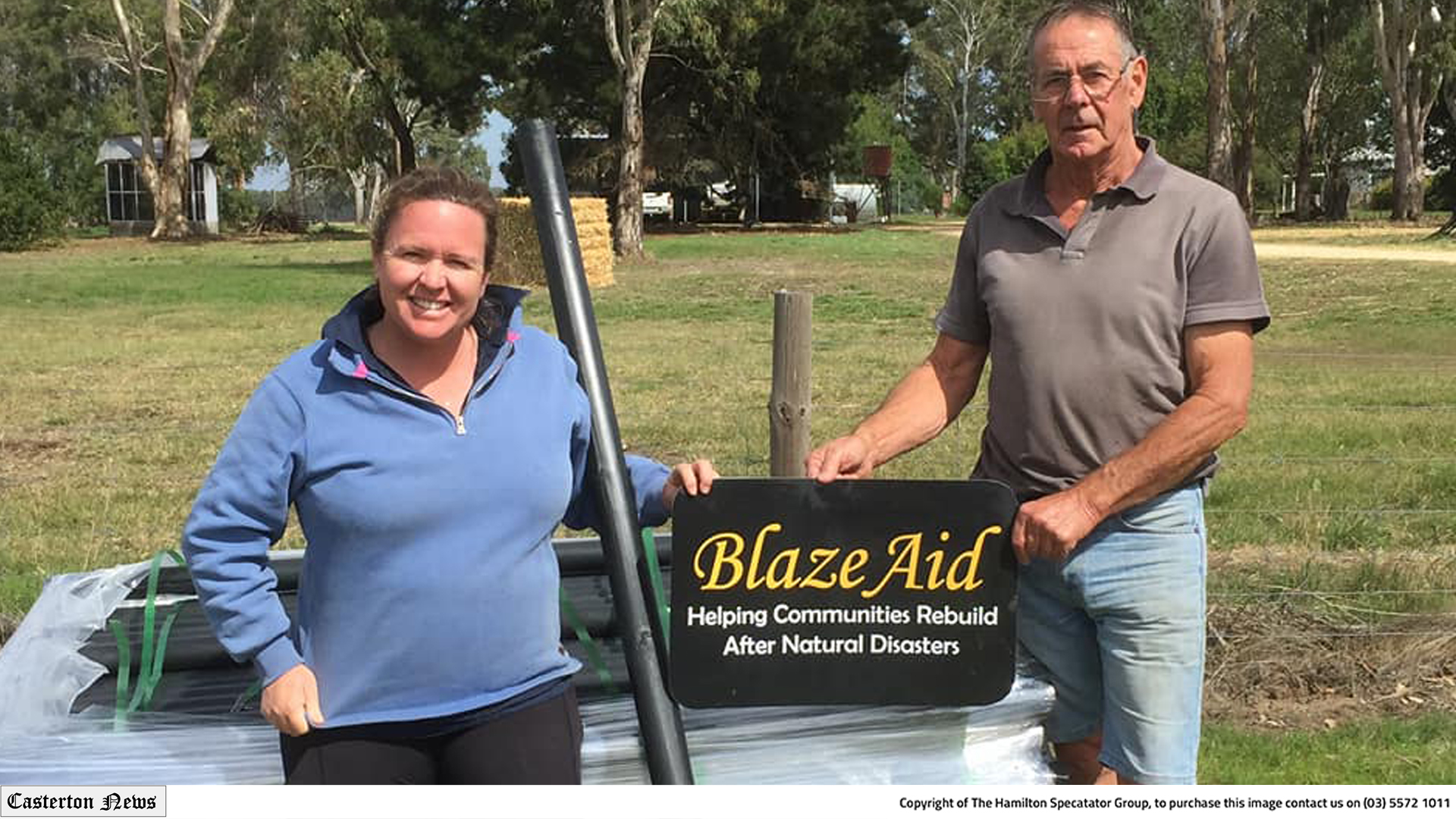 POOLAIJELO farmer, Celia Scott, takes possession of the first shipment of plastic-neutral posts from Blaze Aid volunteer, Brian. The posts will be used in a massive tree-planting project, aimed at replacing paddock trees and plantations lost in the New Year’s Eve fires.
By Admin

NEARLY three months out from the New Year’s Eve fires that ravaged the region, a new flush of green grass is bringing a new flush of positivity to the Poolaijelo district.

Ardmeen Farms principal, Celia Scott - who counts herself fortunate that her property was largely untouched in the fires – said the district’s residents continued to show their resilience in the face of adversity and with the assistance of a massive band of volunteers.