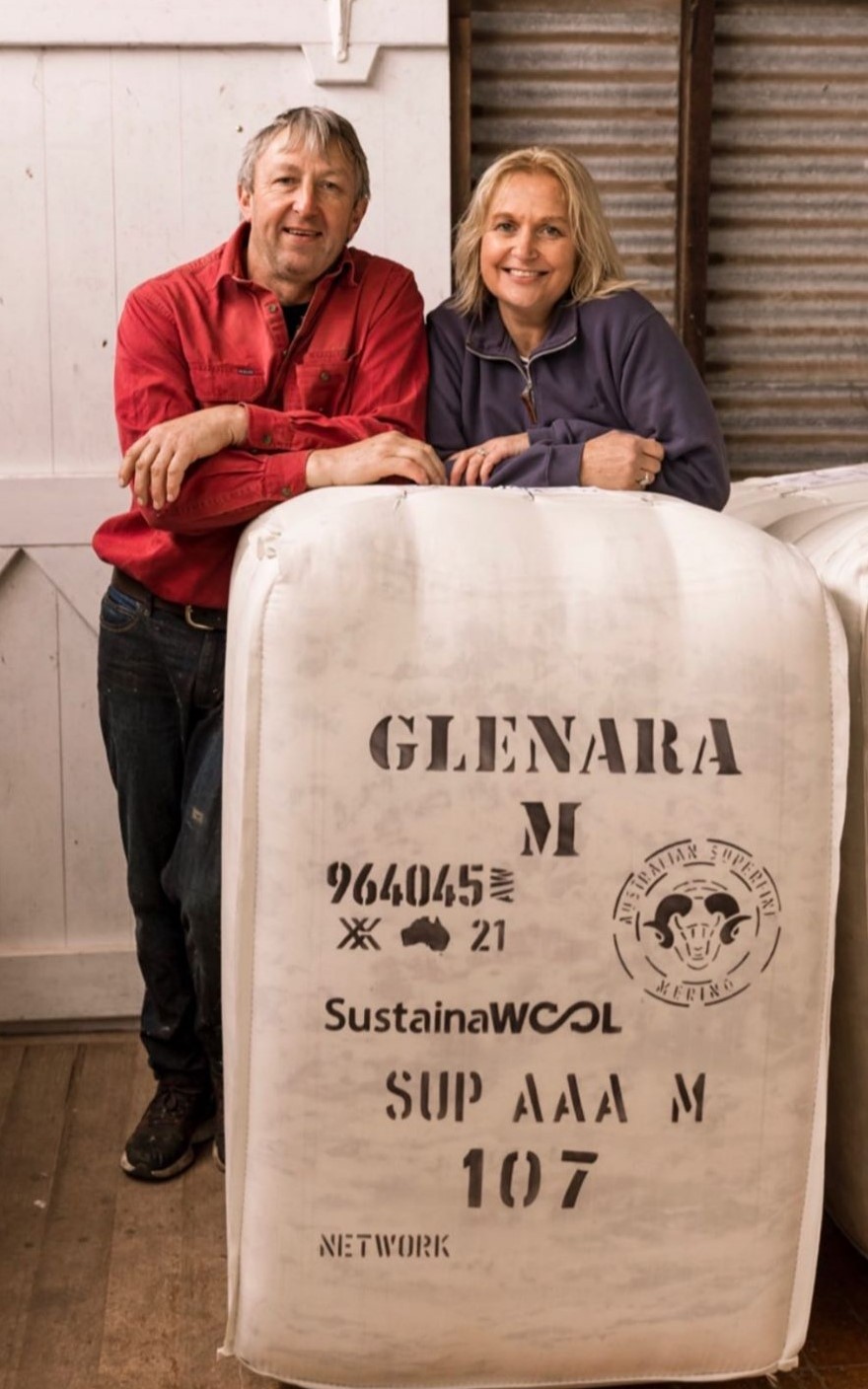 GLENARA Merino’s Kathy and Trevor Mibus took home the regional award (Hamilton) at this year’s Australian Superfine Wool Growers’ Association Inc (ASWGA) Fleece Competition, with a score of 92.1 out of 100. Mr Mibus is pictured accepting the award from the ASWGA president, Mark Waters, on Saturday, May 14. Photo: SUPPLIED.
By Admin

AUSTRALIAN Superfine Wool Growers’ Association Inc (ASWGA) Fleece Competition winners for 2021-22 were awarded at the annual competition event last weekend, with Dunkeld’s Kathy and Trevor Mibus of Glenara Merinos named among the winners.
Of the seven regional awards, including New England, Mudgee, Goulburn/Yass, Ararat/Barunah, Hamilton, Tasmania and Western Australia, the Mibus’ achieved the highest score for Hamilton at 92.1 out of 100.
Judging and scoring was based on fleece weight, yield, evenness, trueness, conformity, and general excellence.
Mr and Mrs Mibus said it was an honour to be involved in the ASWGA Fleece Competition, and to have their wool recognised at such a high level.
The event, held in Ararat, had some notable guest speakers, including Ararat Rural City mayor, Jo Armstrong, former ASWGA president, Kevin Dunn, Australian Wool Innovation chair, Jock Laurie, and Ermenegildo Zegna Group’s, Paolo Zegna, who travelled from Italy.
A video recording of His Royal Highness, The Prince of Wales, congratulating the association on its efforts was also played on the night.
This year’s competition was an opportunity for the ASWGA to celebrate 50 years, having missed the actual anniversary last year due to COVID-19 lockdowns.
ASWGA is an international association of superfine wool growers and processors, which was founded to promote and further the development and marketing of superfine wool.
ASWGA recognises industry excellence by facilitating and supporting other wool competitions, both regionally and nationally.
The association amplifies grower members’ voices within the industry, ensures they have ample networking opportunities, and are kept up to date with the latest industry news, research, and trends.