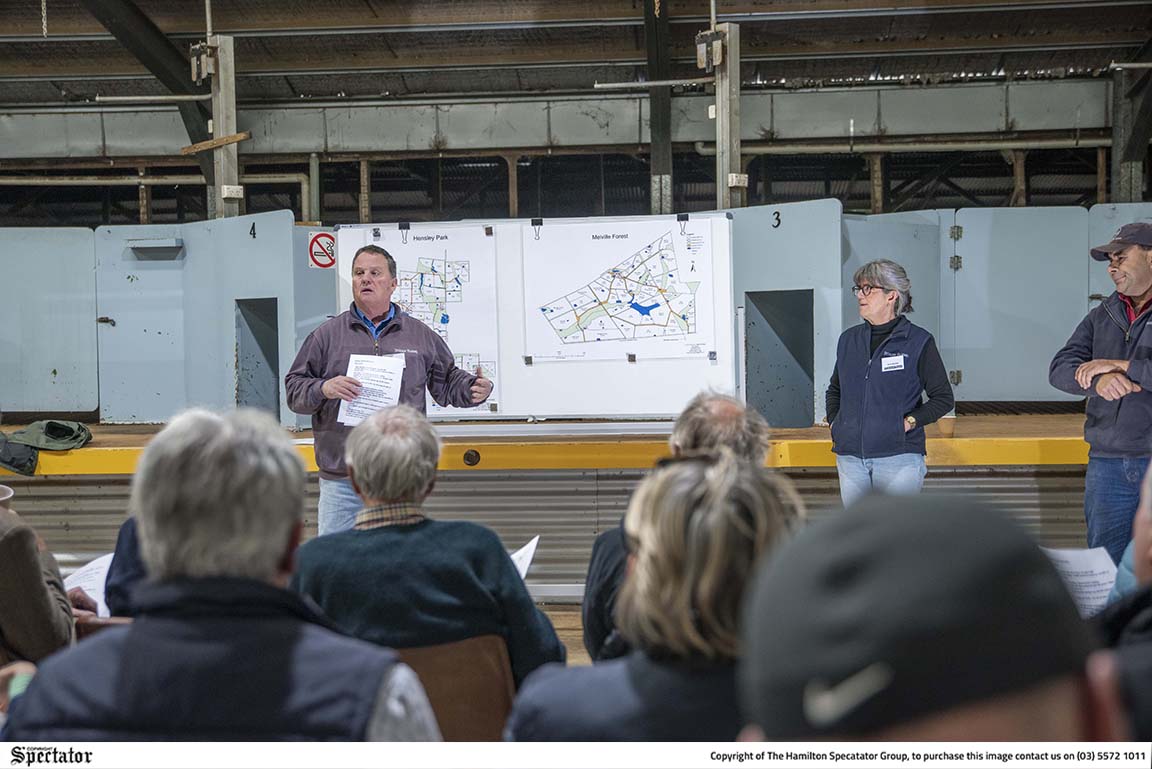 JIGSAW Farms hosted over 50 people in their Woolshed on Monday afternoon to discuss managing a farm’s carbon footprint, as part of the Team Te Mania Sustainable Beef Production workshop.

Jigsaw Farms was declared carbon neutral in 2010, with owners Mark Wootton and Eve Kantor using the workshop to share their experiences getting and obtaining the carbon neutral status with other farmers.
During his speech, Mr Wootton said when they completed the audit to retain their carbon neutral status in 2016, it was “a really rigorous process” that took over a year to complete, however, the process was now much simpler and more achievable for farmers.
Mr Wootton said while the farm was previously carbon neutral, they were undergoing another audit, as carbon neutrality is something that requires constant monitoring and can be impacted by several factors.
“You want to be a little bit cautious about making grand statements that you’re carbon neutral because it’s a moment in time,” he said.
“It’s not a steady state, it can move up and down.
“We didn’t get carbon neutrality because we set off to be carbon neutral, we got carbon neutrality by default because we were doing a lot of other good farm management practices.
“Getting your soil carbon right, your shelter right, your biodiversity right, your deep-water storage right - all those things are the production drivers of your business.”
Mr Wootton said there are three rules for carbon farming: it’s got to be permanent, it’s got to be additional and have something that wasn’t there before, and it’s got to have integrity.
With around 10 per cent of Australian greenhouse gases caused by sheep or beef, and six per cent of those coming from beef alone, Mr Wootton
said the industry needed to be doing a lot more to manage the “significant risk”.
Jigsaw Farms has grazing operations for fine wool merinos, prime lambs, and beef cattle, as well as having 692 hectares of hardwood timbers, mainly Spotted Gum, which sequester carbon dioxide.
The workshop came only two weeks after agriculture minister, Mary-Anne Thomas, announced the On-Farm Action Plan Pilot - a three-year pilot program that works with farm businesses across Victoria to measure, manage, and reduce their on-farm emissions.
250 Victorian farming businesses will receive a free emissions assessment, providing them with information on their farm’s greenhouse gas emissions and how to reduce them.
Mark Wootton and Eve Kantor are involved in the advisory committee for this initiative, with the pilot delivered across nine rounds, covering Victoria’s key agricultural industries, including beef, dairy, grains, poultry, and sheep.
The visit to Jigsaw Farms was the start of the three-day Sustainable Beef Production workshop by Team Te Mania, with attendees travelling to Mount Sturgeon Station, and Te Mania Angus, Merrang Woolshed, on Tuesday and Wednesday.