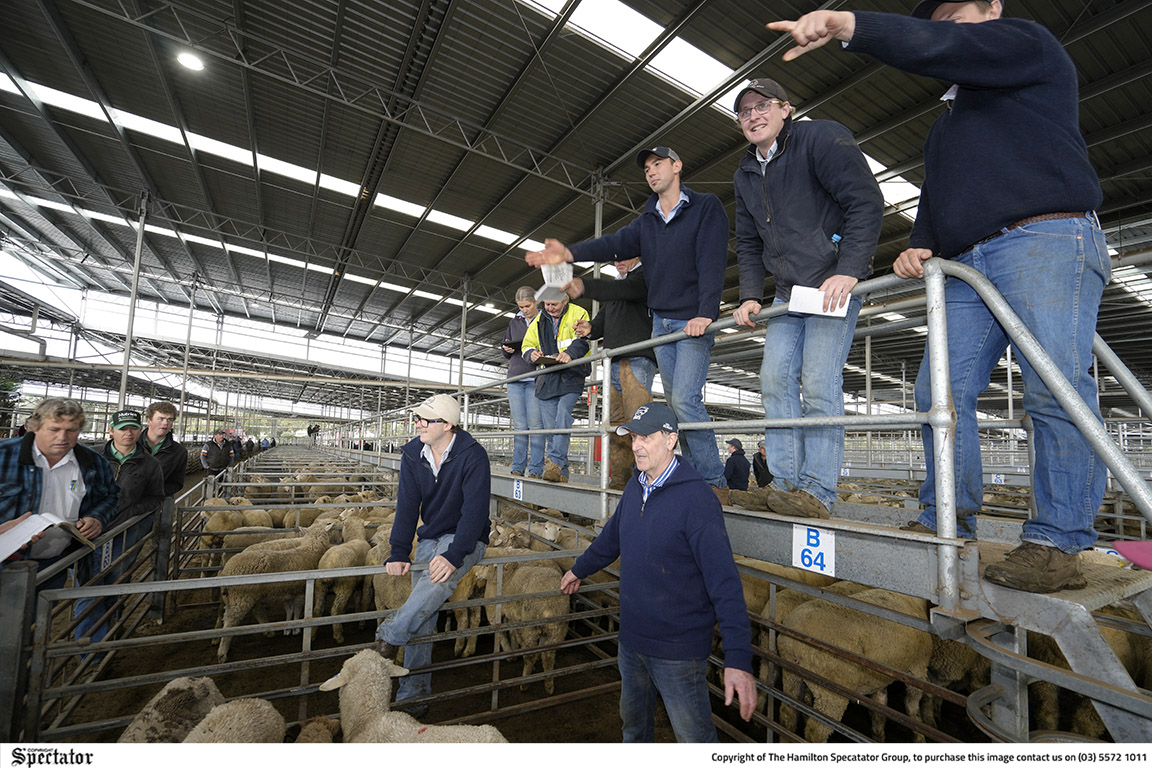 ONCE again, the Hamilton Regional Livestock Exchange has gone into seven figures for selling sheep during a financial year, reaching the milestone early during yesterday's sale.

Hamilton and District Stock Agents Association president, Warren Clark, predicted a similar figure as last year and was pleased about the continued success of the local facility.