Portland runners-up at state titles, off to nationals 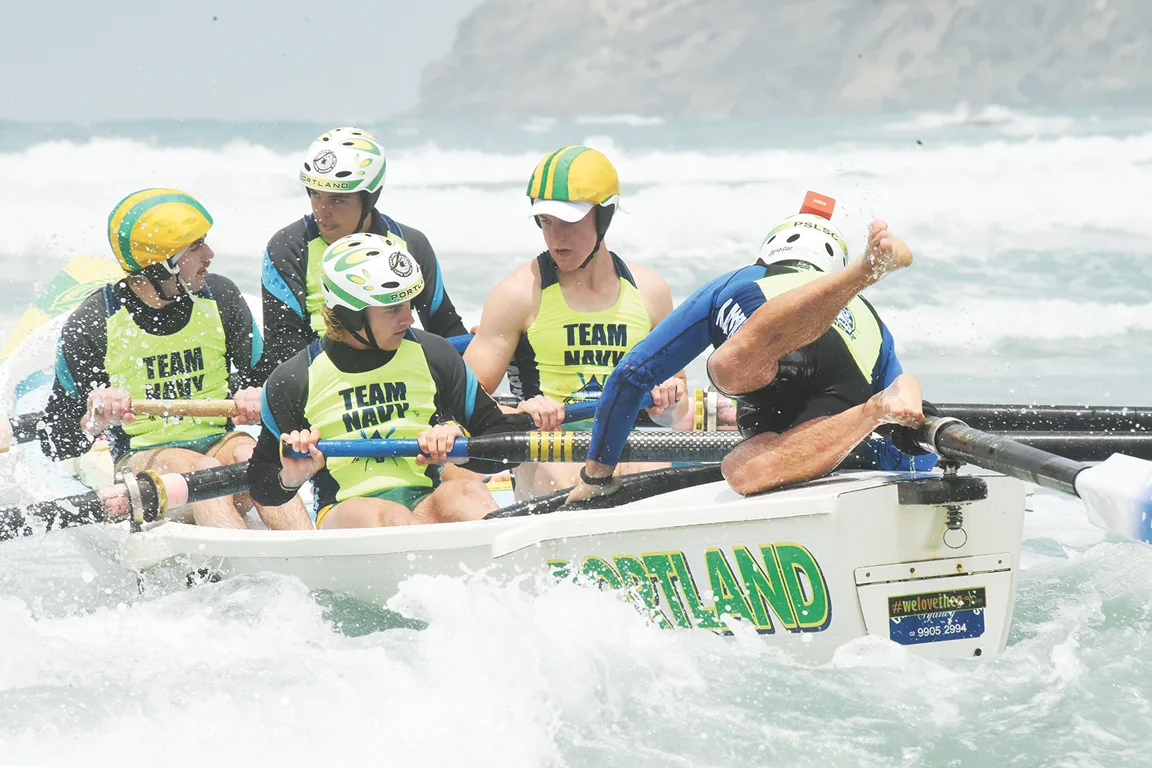 Portland got off to a flying start with back-to-back wins in the first and second races of the day and entered the third needing to finishing either first, second or third to win the state titles.

Unfortunately for the local crew, a surprisingly strong wave caught the team’s sweep unaware, knocking him out of the boat and costing the team the momentum needed to cross the finish line in the top three.

“We won the first and second race pretty convincingly and were in a good spot to become the state’s champions,” Murrell said.

“We ended up losing by a single point and I’m pretty dark on myself for letting the team down.

“With that said though we’ve still got the chance to be Victoria’s representative at Mollymook in a few weeks’ time, so it’s time to move our focus forward and start getting ready for that.”

After a busy afternoon of racing in challenging conditions, Lorne were crowned the open women’s division championships, while Torquay were the winners of the open men’s division.

Murrell said the feedback the club received after hosting the titles was pleasing.

“The most gratifying thing to come out of the weekend was the feedback we received for the visiting crews,” he said.

“Everyone was rapt with the quality of the beach and the conditions for racing.

“There was no debate about racing lanes or anything like that because it’s such a fair and balanced beach.

“The conditions were challenging without being overbearing or overawing, which is exactly what you want.

“We were told by a number of crews that if Portland hosts another meeting, that they’ll be coming back to race again, which was a really positive thing to hear.”

While missing out on the state championships was a frustrating outcome for the Portland team, in just three weeks’ time the side will get the chance for redemption when they represent Victoria at the national titles.

The ASRL’S Open will be hosted across three days on Mollymook Beach.