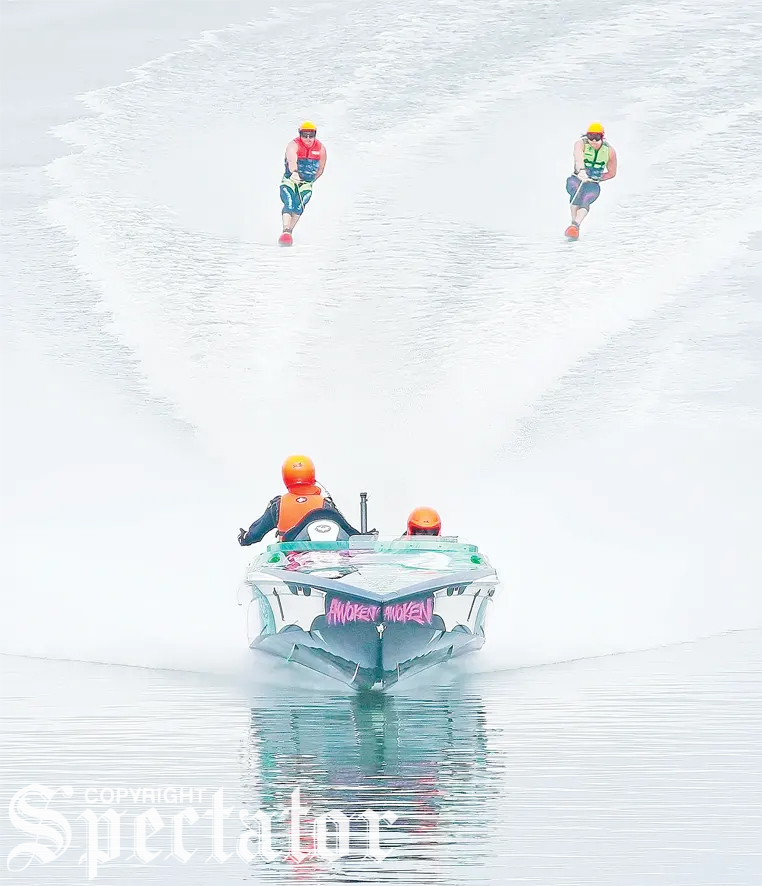 AFTER finishing second at last year’s Southern 80, Clancy Vaughan and his Arkham Asylum team is looking to go one better this year when they return to the Murray River on February seven.

The Southern 80 is the biggest race of the season for all speed boat racers, and for Vaughan it’s a challenge that he hopes to beat this year.

After last season’s agonising defeat, Vaughan vowed to be back on the Murray this year and he was true to his word.

Not only is he back for another crack at the title, but he is coming into the event riding some red-hot form, winning four races from four attempts this season.

In November Vaughan and his team raced in Echuca and they managed to set a new record which has stood since 2013 in a positive result for the team.

“Our run in November saw us win and break the record by 11 seconds, set by legend Hellrazor in 2013,” Vaughan said.

Having four wins from as many races has never been done to start the season before and has Vaughan and his team riding a wave of confidence.

Despite being in such strong form, he knows that he and his team can’t get ahead of themselves, because anything can happen on any given day.

“Four wins from fours races this season has never been achieved by anyone to date,” he said.

“It does make our confidence high, but racing is always unpredictable, so we have to stay sharp and focused on each event as it comes.”

Last years run of 29:56:73 was a time that would generally see a team win the Southern 80, but the TR team finished with an incredible time of 29:22:28 to break the Arkham Asylum team’s hearts.

“Finishing last year and doing a sub 30-minute run should have seen us win it, but the competition is very high,” Vaughan said.

If last year’s heartbreak wasn’t enough to spur Vaughan and the Arkham Asylum team along, the crowd itself will play a major factor in proceedings.

With more than 40,000 people expected to attend the event, the atmosphere and drive to win only increases.

“I think it motivates all of us competitors and drives us to win even more.”

With four wins behind him, Vaughan and his side have firmly turned its attention to the Southern 80 and have started preparations for the 80-kilometre event.

“As a team we have spent years in preparation, but over the last few weeks we have our sights on the Southern 80,” Vaughan said.

“We have been doing full course run offs of the track and we are ready to put down a fast time.”