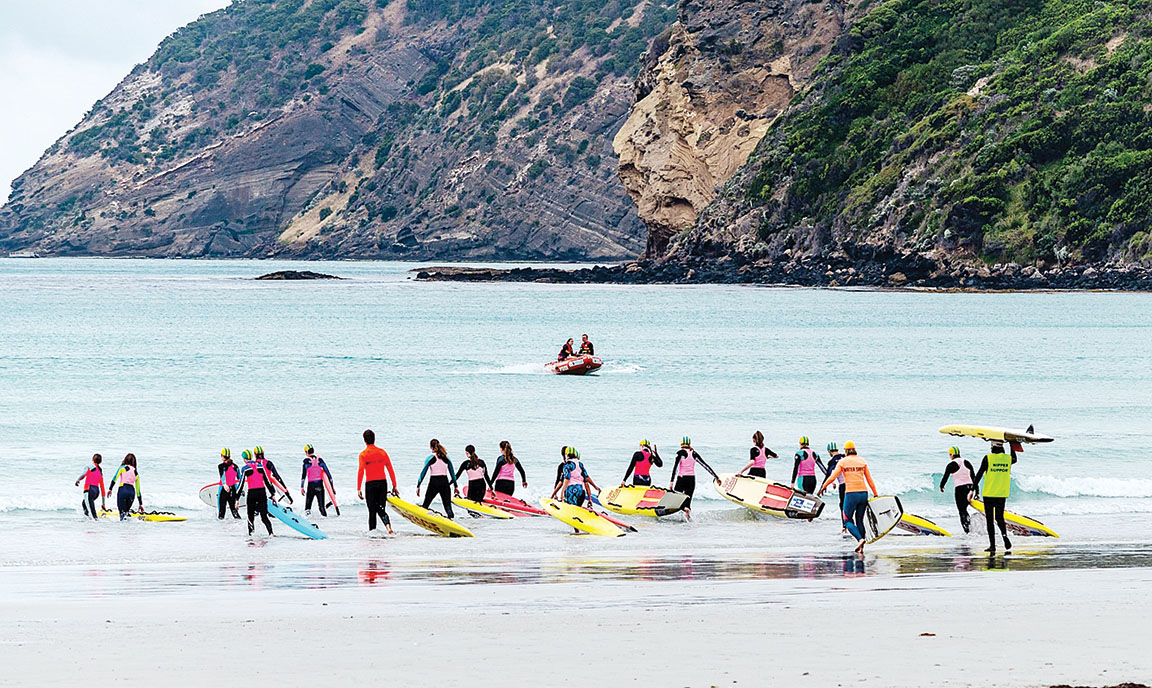 THE Portland Surf Life Saving Club is working to help out their junior participants in the 2020-21 season by devising the new All Aboard Fund program. The program will create opportunities to remove the barriers of financial hardship for juniors looking to continue with or join the club for their Nippers program. Picture: PORTLAND SURF LIFE SAVING CLUB
By Rani Kane

PORTLAND Surf Life Saving Club has developed their own grant initiative, the All Aboard Fund, to help juniors participate in the club without the barrier of financial burden.

The Nippers summer program is a key feature of the club, but with tough economic strain on a lot of families in 2020, they wanted to do something to help with financial burdens for both junior members and those interested in joining.

The grant will be funded by members of the club and anyone looking to help out with the program.

“It’s a fund that we have devised as a club based on some junior sporting clubs in Melbourne,” she said.

“We wanted to recognise to junior members and their families that there will be financial hardships after this year and that there is a way we can help.

“The design of the program is that there will be reduced membership costs for all who are involved in the club – and then on top of the reduced cost people can add a nominal amount to the fund, it can be $5, $10, $50, whatever.

“From there we then have forms that people fill out to apply to the fund.

“The applications will be entirely anonymous and handled only by the registrar, the person who receives the emails for it, so people remain anonymous.”

The funds will be allocated based on hardship and will be determined by the All Aboard Fund committee consisting of the Treasurer and the Registrar of the Portland Surf Life Saving Club.

Portland Surf Life Saving Club’s Nippers program takes place at Cape Bridgewater and requires specific equipment to participate, with the fund a tool to alleviate the barriers for people who want to join.

“The fund money will be used in relation to equipment,” Mrs Mayberry said.

“For Nippers, participants need a vest and a cap to participate so the fund should help with that.

“We’re also calling for donations of wetsuits as well because it’s Portland, so we know that wetsuits are definitely something you want in the water.

“All of these things are extra costs that can be barriers for families to join so we want to try and remove that.”

The focus of the fund is for juniors with the club hoping for a summer Nippers season pending directives from Life Saving Victoria.

“Life Saving Victoria are currently working through what COVID-Safe patrols, Nippers and surf sport will look like and further direction will be provided to clubs in the near future so we can plan for the season,” Mrs Mayberry said.

Applications for the fund and more information can be found on the Portland Surf Life Saving Club Facebook page or via email pslscregistrar@gmail.com.