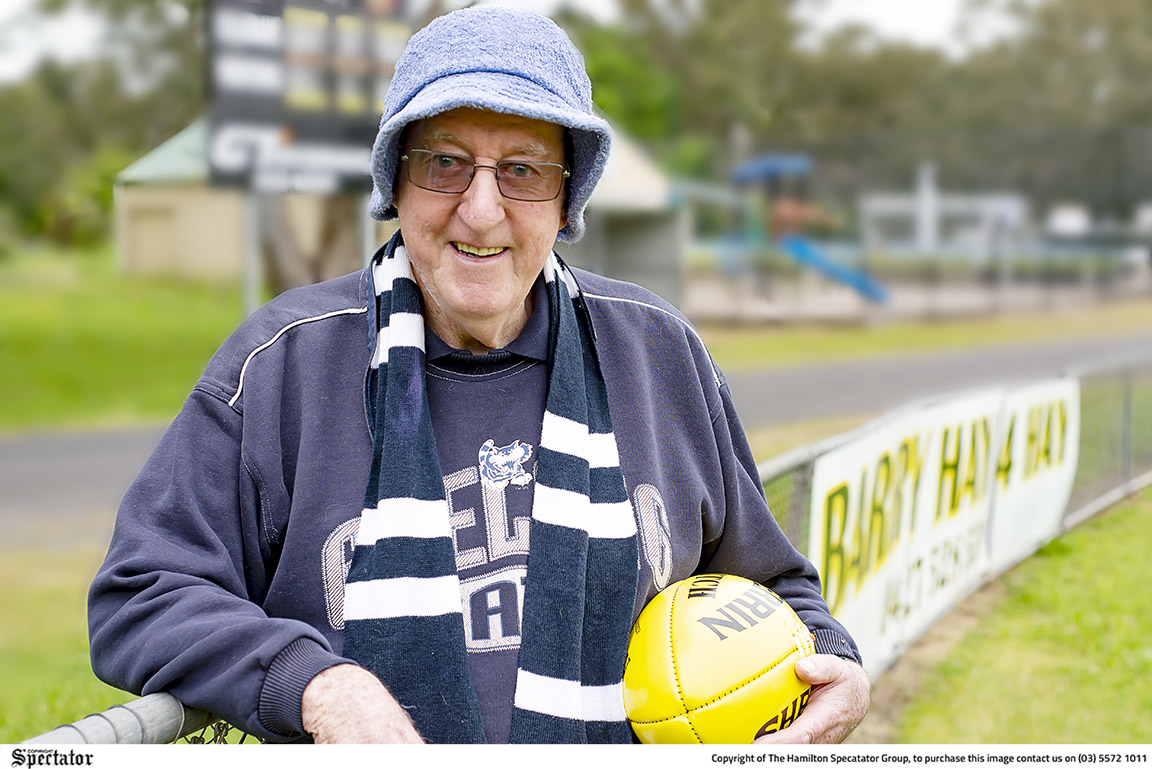 BARRY Hay will be forced to watch the AFL Grand Final from the couch tonight with his letter from former AFL chief executive, Wayne Jackson, nearby. Photo: CHRIS DOHENY.
By Adam Hill

ONE avid Geelong fan will be watching on from an unfamiliar environment for tonight’s AFL Grand Final.

In a typical year without COVID-19, Barry Hay would be lining up at the MCG from 3am this morning with the Melbourne Cricket Club (MCC) member preparing for his 54th AFL season decider at the MCG.

The Coleraine resident said it would be a weird feeling watching from home tonight, as Geelong runs out onto the Gabba for the final game of the season.

“I will be alright, as long as Geelong win,” he said.