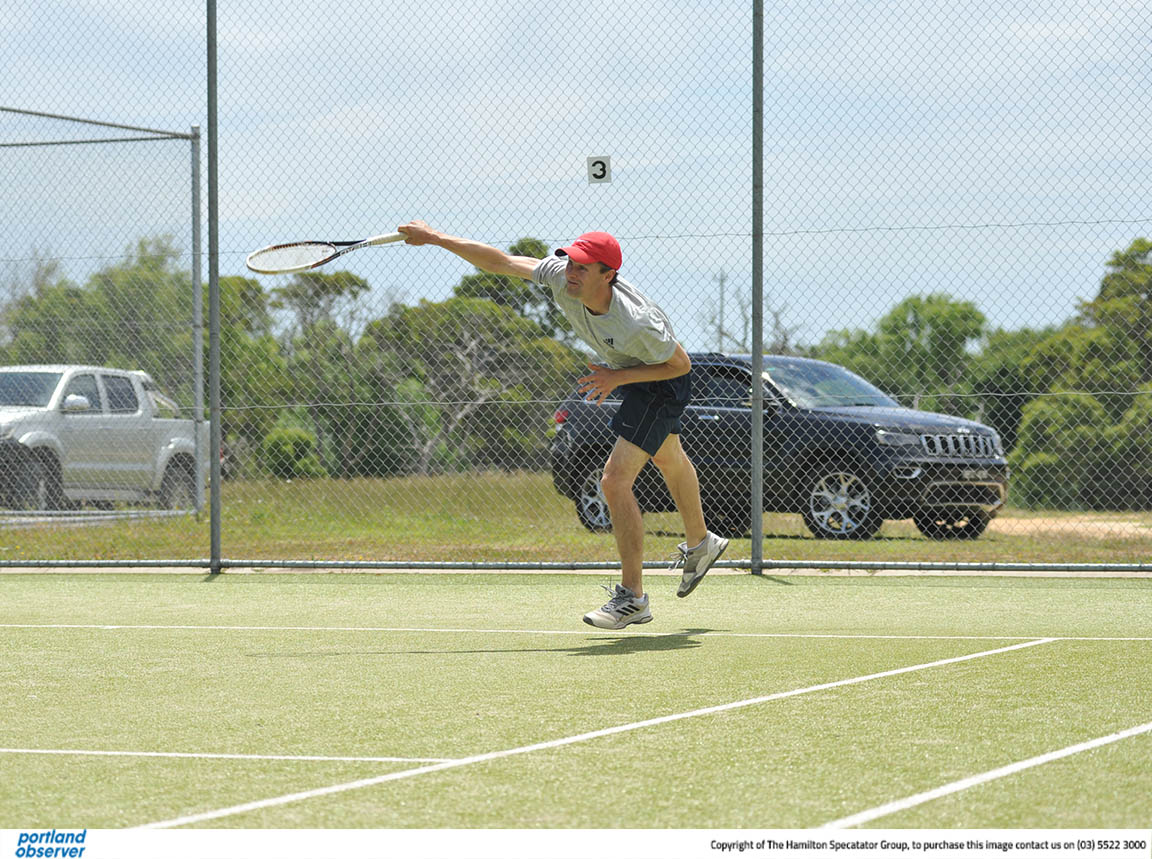 HEYDARRA’S Dan Polkinghorne powers down on his serve in their A grade match against Lawn Blue. Picture: BILLY EASSON 201121bj114
By Rani Kane

HEYDARRA and Drumborg are cementing their position as dominant forces in the Surry District Tennis Association’s A grade competition after huge victories on Saturday.

In round five of the competition the two teams were firing with Heydarra defeating Lawn Blue 6-48 to 0-20.

The injection of Chris Johnson into the Heydarra side saw them dominate from the outset, winning their first two sets, 8-4 and 8-3.

Lawn Blue held strong in the next four sets and won back some games but Heydarra continued to power dominating with a huge total of 48 games and winning all six sets.

Heydarra’s victory on Saturday keeps them comfortable on top of the ladder with Drumborg and Lawn Purple vying for second spot.

• Drumborg was too good for Heywood Gold on the weekend earning a 6-49 to 0-31 win on their home court.

Lyndon Mibus and Jim McKenzie set the tone in the first set holding out Jason Edwards and Austin Sadler to win 8-5.

Heywood Gold hit back in the third and fourth set with some impressive play but couldn’t close out, seeing Drumborg win 8-6 and 9-8.

Drumborg ran home with the victory.