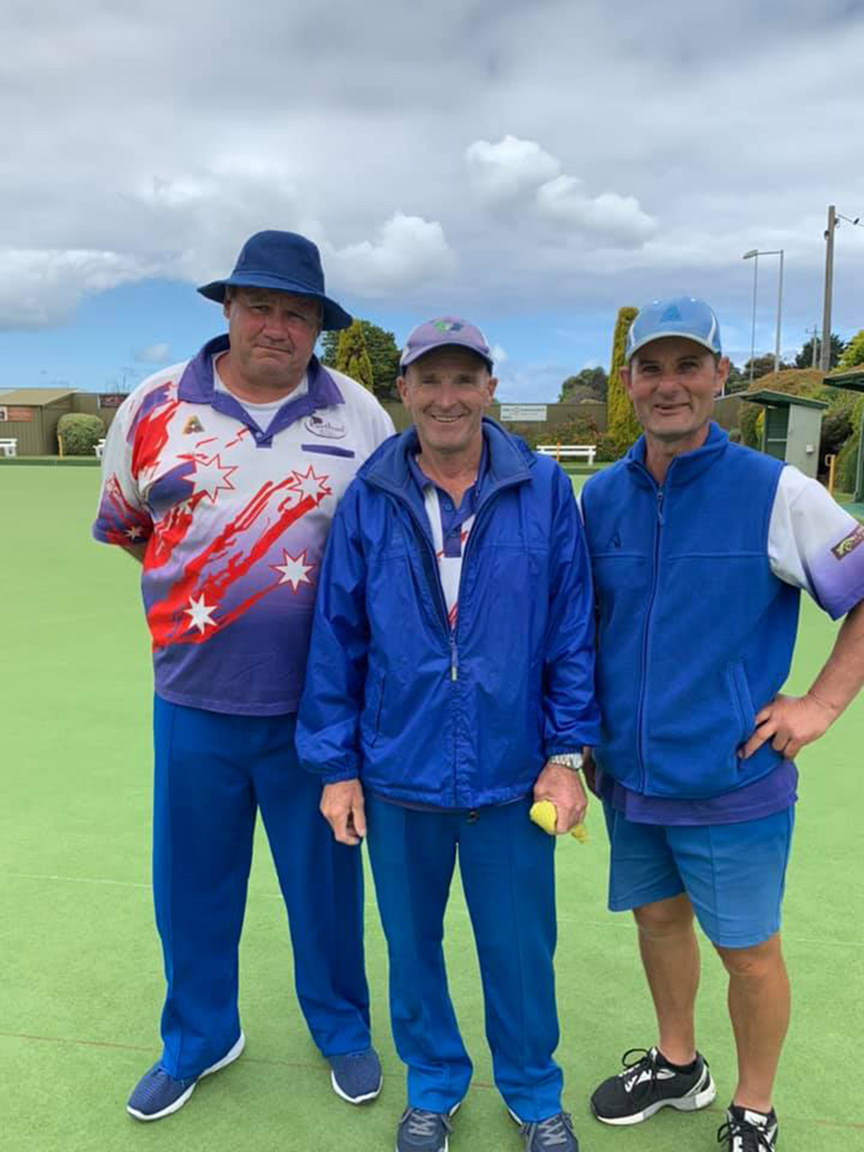 PORTLAND RSL Memorial Bowling Club hosted the South West Division play off for the State Triples on the weekend with both Portland clubs well represented across the two days.

The weekend presented itself with fair to good conditions for the play offs and despite the 37mm of rain on the Saturday night, the green stood up to its excellent standard and ran well again on the Sunday.

The games over the duration of the weekend were of a high standard. At the end of day one, competitors for the semi-final were two teams from the Portland RSL Memorial Bowling Club; Des Pitts, Greg Hoggan and Chris Elford up against the Graeme Solly trio including Chris Fleming and Tom Englezos. Solly’s team led from the go, leaping out of the blocks and couldn’t be outdone in what was a consistent application of skills from all three team members from start to finish.

The grand final was played in cooler and blustery conditions come the afternoon. Solly’s trio came up against the Mick Jennings team from Portland. Once again the consistency of Solly and team was deadly. They were able to break away early, but credit to Jennings and his team they were able to close the gap mid match. However, Fleming’s dogmatic consistency as a lead, Englezos’ ability to place a bowl at the request of his skip and Solly’s guidance as the leader of the trio ensured they got the job done, with a winning score of 19 to 12.

Congratulations to the winners who now go onto play against the winners of the other divisions in our region at a date yet to be determined. The club wishes you well as you endeavour to play through the ranks to reach the highest level. Well done to all other participants over the weekend. A thankyou to Leonie and John Buchanan who provided their umpiring services over the two days.