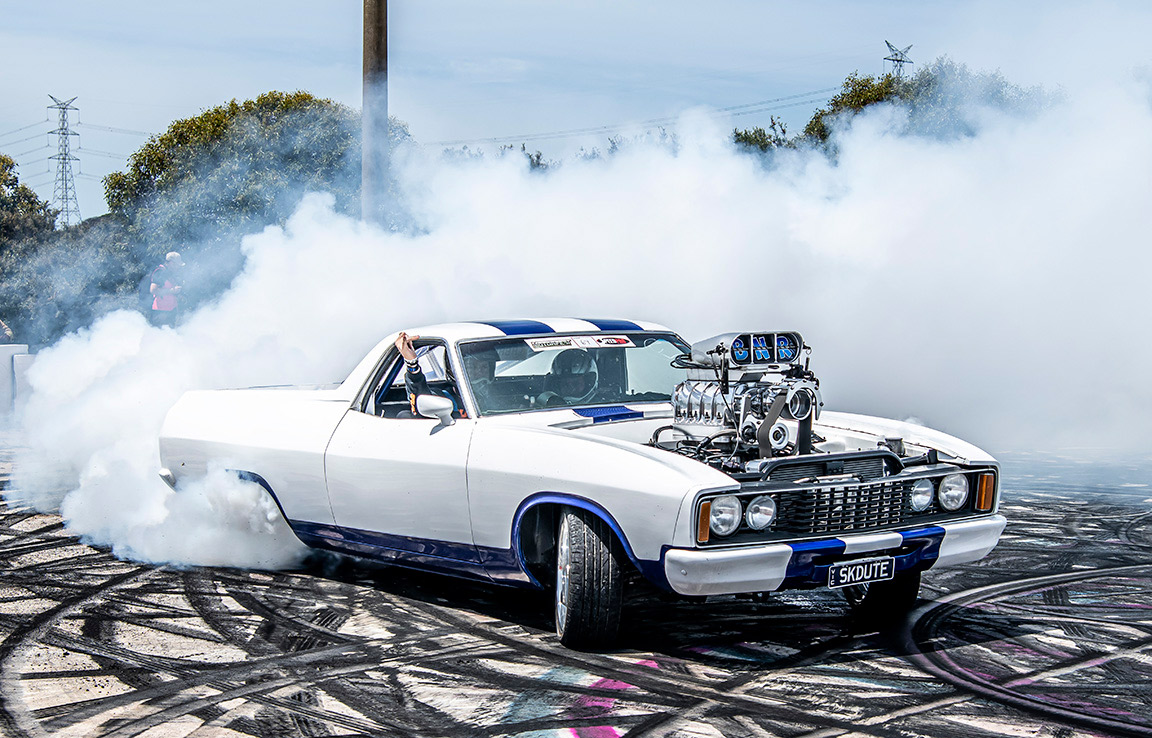 STEVE Edsall was the winner of the elite class at the South Coast Raceway's 5K Burnouts event on Saturday afternoon. Picture: MICHAEL WALKER
By Samuel Ord

THE South Coast Drag Racing Association has plenty to celebrate this week after successfully hosting the club’s first meeting of the 2020-21 season on Saturday afternoon.

Ideal weather greeted drivers and spectators alike for the 5K Burnout event with three classes of vehicle up and running – six-cylinders, street class and elite class.

The winner of the elite class was the triumphant Steve Edsall, tearing up the pad in his iconic white and blue Ford Falcon XC ute.

The street class meanwhile finished with a leader board that was very tight at the top.

Craig Paxton, sporting a Holden SS ute lovingly dubbed ‘the bashed in biscuit tin’, finished as the winner on 160 points.

Following closely in second place was John Gibson on 159 points, and then in third was John Scullion on 155.5 points.

In the six cylinder class Barry Perkins was the winner on 138 points, leading Zac Varmasli on 129 points.

The weekend’s action was the first meeting hosted by the South Coast Raceway since the early termination of the 2019-20 season in February due to the coronavirus pandemic.

The club is hoping to host its second meeting of the season on January 9 and a third meeting on January 23-24.